Watch: I am grateful for all the 'kichad' being thrown at me, says PM Modi 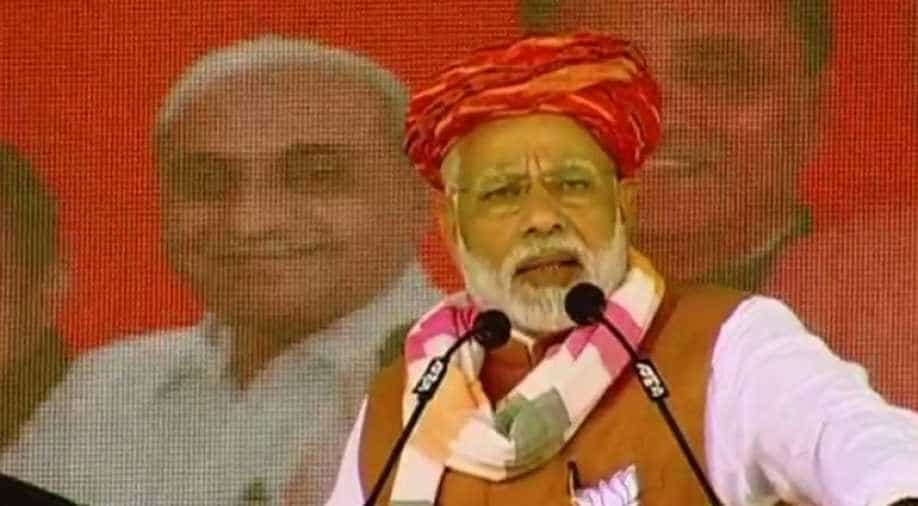 Modi kicked off his campaigning for the upcoming Gujarat elections Monday. Photograph:( ANI )

"I am grateful for all the 'kichad' being thrown at me," Prime Minister Narendra Modi said while launching his campaign for Gujarat assembly elections on Monday.

"After all, a lotus blooms only in 'kichad', so I don't mind if more is thrown at me," Modi added.

Modi was addressing a public gathering in Bhuj - the start of his campaigning in the state for the upcoming Gujarat polls.

Modi added that "Gujarat is my soul and mother" and that my relationship with you is that of equality since you call me brother.

Modi also said that the Congress had insulted Sardar Patel but the people of Gujarat still forgave them.

But he added that they (the people of Gujarat) would no longer tolerate any attack on their prestige.

When big earthquakes take place ppl say see this building has fell but in Kutch ppl say this school, this hospital, these buildings were made after the earthquake. All this was done on war footing by the army of Kutch which consists of its ppl: PM in Bhuj #GujaratElection2017 pic.twitter.com/oOPhNKY01J