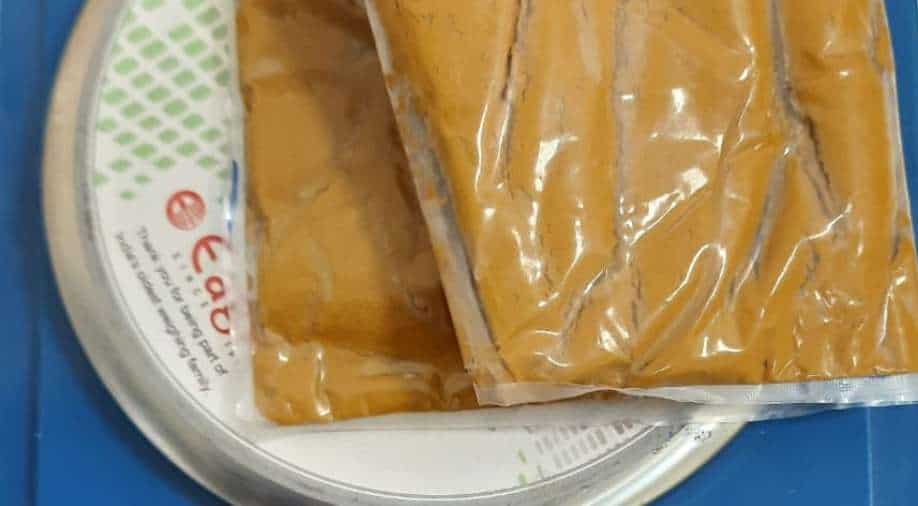 A passenger smuggling gold was nabbed from the airport in Hyderabad, the capital and largest city of the Indian state of Telangana on Tuesday.

The Hyderabad Customs department acted based on a tip-off that a man from Sharjah was smuggling gold paste, following which the accused was detained.

Upon searching his belongings, the officials found that he had concealed gold in paste form inside the bandages and tied it to his calves of both legs. The bandage was cut, and the paste was recovered.

The customs officials recovered 970 grams of gold worth more than Rs 4.7 million (US $63,642 approx.) from the male passenger.

On 09.01.22 Hyderabad Customs booked a case for smuggling of gold against a male pax arriving by Flight G9-450 from Sharjah.970 grams of gold valued at Rs. 47.55 lakhs recovered & seized. Gold in paste form was concealed inside the bandages tied to calves of both the legs. pic.twitter.com/zdrPGTgudJ

The man, who has not been named by the officials so far, travelled by an Air Arabia Flight from Sharjah on January 9.

This is the fourth time in the past one month that gold smugglers were busted from airports in southern India.

On December 28, a male passenger from Dubai was detained at Hyderabad airport after officials found that he had hidden the gold in the form of paste inside his rectum.

Similarly on December 24, a 38-year-old Sudanese national was caught with 535gm of gold paste worth Rs 2.6 million (approx. US $35,000) hidden in capsules inside her rectum at Bengaluru's Kempegowda International Airport.

On December 11, the customs officials at the Rajiv Gandhi International Airport in Hyderabad recovered 7.3 kg gold from four Sudanese who had concealed it in their rectum.

The passengers, including two women, had arrived from Dubai by flight no AI 952.

On suspicion, the customs officials checked them. According to the department, they had concealed the gold valued at about Rs 36 million (US $4 million approx.) in their rectum. This was recovered and seized.