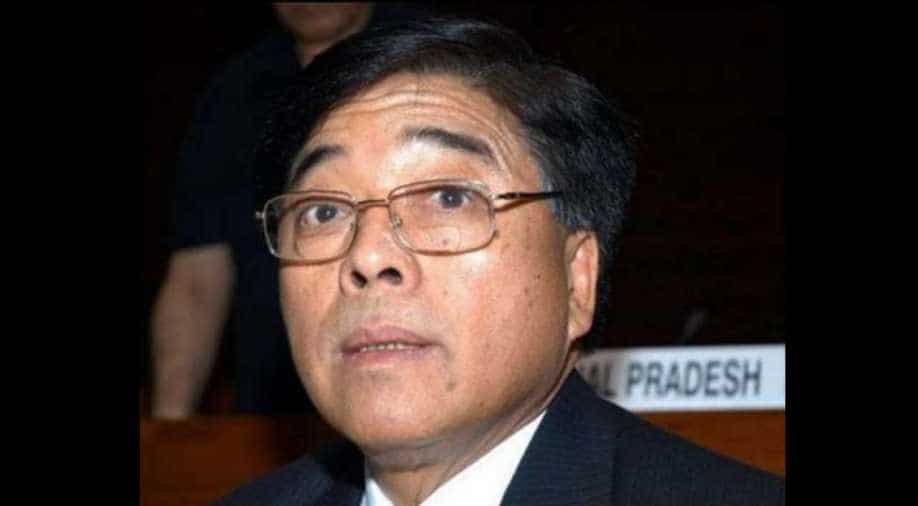 Apang, who was chief minister of the Northeastern state for over 22 years, sent a two-page resignation letter to BJP chief Amit Shah on Tuesday

Four years after switching from the Congress to the BJP, former Arunachal Pradesh chief minister Gegong Apang has quit the saffron party, saying it has become a platform to seek power.

Apang, who was chief minister of the Northeastern state for over 22 years, sent a two-page resignation letter to BJP chief Amit Shah on Tuesday.

"I am disappointed to see that the present BJP is no longer following the principles of Raj Dharam but has turned into a platform to seek power, serves a leadership which hates decentralization of democratic decision," he wrote in the letter.

In 2014, the BJP used every dirty trick to make Kalikho Pul the chief minister of Arunachal Pradesh and a BJP government was reinstalled despite an adverse Supreme Court ruling, he said.

"Neither a proper investigation was done on Pul's suicide nor the present BJP leadership thought of morality and ethics by installing many more BJP governments in NE India," the hard-hitting letter read.

He said announcing Pema Khandu's name as chief minister before the election is neither the norm nor the tradition of the cadre-based party.

"Thus, I wish Shah and Prime Minister Narendra Modi should try to learn Raj Dharam as the history will judge your deeds."

The 69-year-old resigned from the Congress and joined the BJP ahead of the 2014 general election.

Congress legislator Takam Pario said the BJP applies "use and throw" policy to everyone. He alleged Apang's resignation is a slap on the BJP's face.