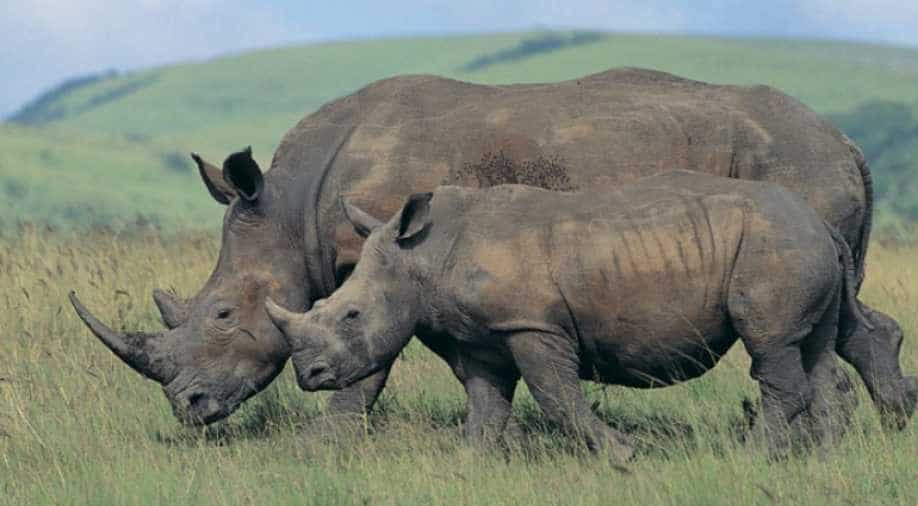 Indian wildlife experts have urged the government to be vigilant against poaching of tigers and rhinos after China eased a 25-year ban on the trade of body parts of the animals, and said New Delhi should also raise their concern with Beijing at international fora.

They said the decision by China is likely to result in decline in the population of the animals and has potential "grave and devastating" implications for tiger and rhino conservation in India.

According to media reports, China has partially lifted the ban on the use of tiger bones and rhino horns for medicinal uses. The ban was imposed in 1993 to save the endangered species.

Dipankar Ghose, director-species and landscapes programme at WWF-India Secretariat, said the consequences of such a reversal is likely to adversely affect the population of the two species across the globe.

According to a latest survey, India has 2,226 tigers and 3,500 rhinos are left in both India and Nepal.

"People involved in illegal wildlife trade of tiger bones and rhino horns might target the wild populations in India. Our country, with 60 per cent and 85 per cent of global populations of wild tigers and greater one-horned rhinos respectively, will be under threat of poaching.

"India and other tiger range countries are committed to doubling populations of wild tigers under the ambitious Global Tiger Recovery Programme, and reversal of this ban on commercial trade of tiger bones would have devastating implications on reaching the Tx2 goal," Ghose said.

Tx2 is a 12-year ambition to double wild tiger numbers by 2022, the next year of the tiger.

Ghose said the ban on trade of tiger bones and rhino horns in China had reduced the demand, and as a result there was less pressure on the population of wild tigers and rhinos.

"The Environment Ministry along with the state governments would need to strengthen protection of wild tiger and rhino populations and be vigilant against poaching. It would also need collaboration between enforcement agencies at central and state level for curbing illegal trade in tiger and rhino derivatives," he said.

Gajender K Sharma, another wildlife expert, said China's reversal of the ban has "potential grave implications" for the conservation and welfare of tigers and rhinos in India.

"We urge the Indian government to voice their concern on this matter with the Chinese government via fora like the Global Tiger Forum. We also urge the government to take steps to prevent any poaching incidents that may happen in the future as an impact of this decision," said Sharma, India country director, World Animal Protection.

Elaborating the implications of the Chinese decision, Sharma said this may result in these species being poached in the wild to fuel a renewed demand in products containing body parts of the animals and also enhance the possibility that it may stimulate a demand for these products in India.

"Either way, this relaxation appears to be a retrogressive step that is not in the best interest of tigers and rhinos in India and elsewhere wherever they are found," Sharma added.