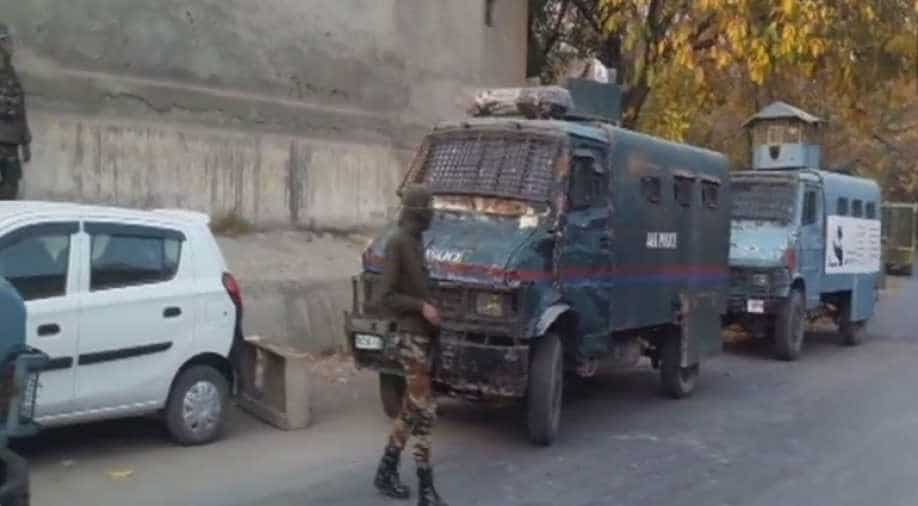 Heavy firing is underway between the terrorists and the police at the Rajpora police station in Jammu and Kashmir's Pulwama district. Photograph:( ANI )

Here's a recap of the big stories through the day

Congress angry because I am fighting corruption: PM Modi at Himachal election rally

Ahead of the assembly elections in Himachal Pradesh, Prime Minister Narendra Modi on Saturday took potshots at the Congress party at an election rally in the hill state's Kangra district.

PM Modi said the Congress will observe "black money day" on the first anniversary of demonetisation on November 8 and burn his effigies, angered over his fight against corruption.

The Ahmedabad crime branch has arrested the main accused responsible for a terrorist attack in Gandhinagar's Akshardham in 2002.

Ajmeri Abdul Rashid, allegedly involved in the 2002 terrorist attack on Akshardham Temple in Gandhinagar was arrested on the early morning of Saturday when he came to Ahmedabad from Riyadh.

Prime Minister Narendra Modi criticised the Opposition for downplaying the World Bank ranking India at 100 in its ease of doing business report.

Referring to the World Bank's report moving India up 30 places in its ease of doing business survey, PM Modi said he sensed a "well-deserved mood of celebration".

Afghanistan's telecoms regulator wrote to internet service providers this week ordering them to block the messaging services WhatsApp and Telegram but it was not immediately clear whether they had complied.

Some media reports, citing unidentified sources, said the move had been ordered by the National Directorate for Security to thwart the use of the encrypted messaging services by the Taliban and other insurgent groups.