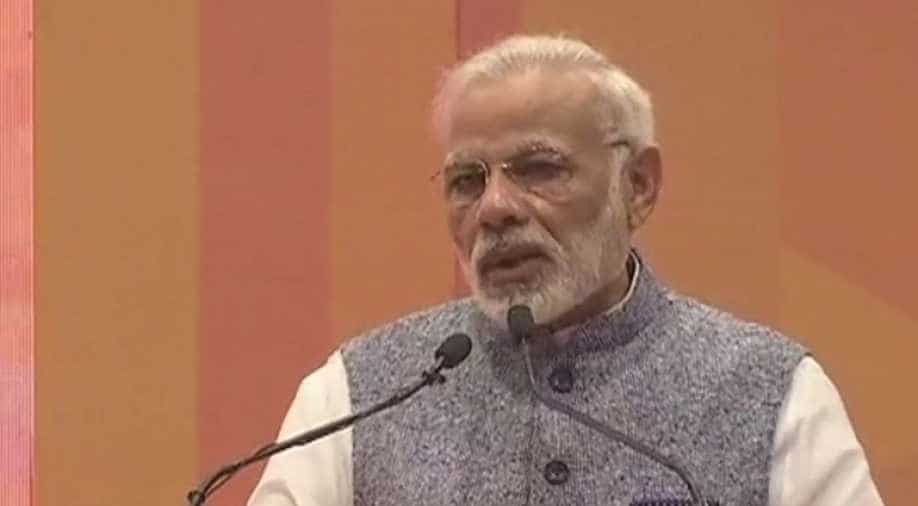 Prime Minister Narendra Modi addressed India's Business Reforms event in New Delhi on November 4 where he criticised the Opposition for downplaying the World Bank ranking India at 100 in its ease of doing business report.

"Some people were unable to understand that India's ranking had moved from 142 to 100. They don't care," he said.

"And there are some among these people who have worked at the World Bank. They are raising questions on India's ranking even today."

"Had reforms like the insolvency and the bankruptcy code been undertaken in your time, wouldn't this good fortune have come your way?" the prime minister said.

"They don't want to do anything and are questioning the one who is," PM Modi said.

PM Modi said that he had not even seen a World Bank building while the "people who operated the World Bank used to sit here." (Also Read: Congress angry because I am fighting corruption: PM Modi in Himachal)

Leaders of the Congress party including Rahul Gandhi and P Chidambaram have criticised the quick succession of reforms undertaken by PM Modi including demonetisation and the roll-out of the Goods and Services Tax.

Referring to the World Bank's report moving India up 30 places in its ease of doing business survey, PM Modi said he sensed a "well-deserved mood of celebration".

"I sense a well-deserved mood of celebration here, World Bank has recognised stupendous work done by us towards ease of doing business," PM Modi said.

"Ease of doing business also leads to ease of life."

PM Modi also said that the World Bank report had not taken into account the implementation of the Goods and Services Tax.

"With GST we are moving towards modern tax-regime," PM Modi said.

The prime minister said India had reached a position from where it was easier to improve further. "Our efforts have gathered momentum," he said.

"What other work do I have, just one work -- this country, serving my country, its 1.15 crore people and bringing change in their lives," the prime minister said.

He said India was a young country and job creation was "an opportunity as well as a challenge."