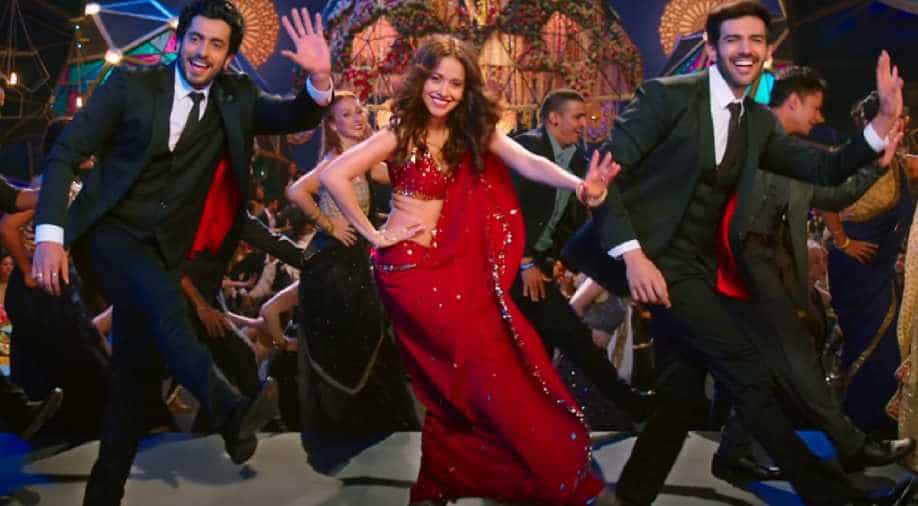 Sunny Singh, Nushrat Bharucha and Kartik Aryan in a still from the song in 'Sonu Ke Titu Ki Sweety'. (Source: YouTube) Photograph:( Others )

Ever since the trailer launch of Luv Ranjan's romantic comedy film "Sonu Ke Titu Ki Sweety" there has been a buzz around the movie.

The much-awaited song is titled Dil Chori and is a reprised version of the 1990s hit number by Hans Raj Hans, Dil Chori Saada Ho Gaya.

With this song, Honey Singh breaks a two-year-long dry spell as his last song Aankhon Aankhon from "Bhaag Johnny" came out in 2015.

Yo Yo Honey Singh took to Twitter to release the teaser of the song yesterday with fans of the rapper welcoming his comeback.

The film "Sonu Ke Titu Ki Sweety" brings together the trio of Kartik Aaryan, director Luv Ranjan and Nushrat Bharucha along with Sunny Singh. Sunny Singh plays the character of a boy who suffers from a bad relationship. Kartik Aryan is his best friend who does what he is best at, giving the advice to move on.

In the trailer for the film, Sunny's character decides to get married to his girlfriend Nushrat Bharucha aka Sweety. Sweety is a too-goody girlfriend who does everything right from being religious to romantic. The only thing wrong is distrust in her displayed by Kartik's character. This develops into a war between the girlfriend and the best friend of the soon-to-be groom, that is, Bromance vs Romance as the trailer puts it!

The film is slated for a release on February 9.