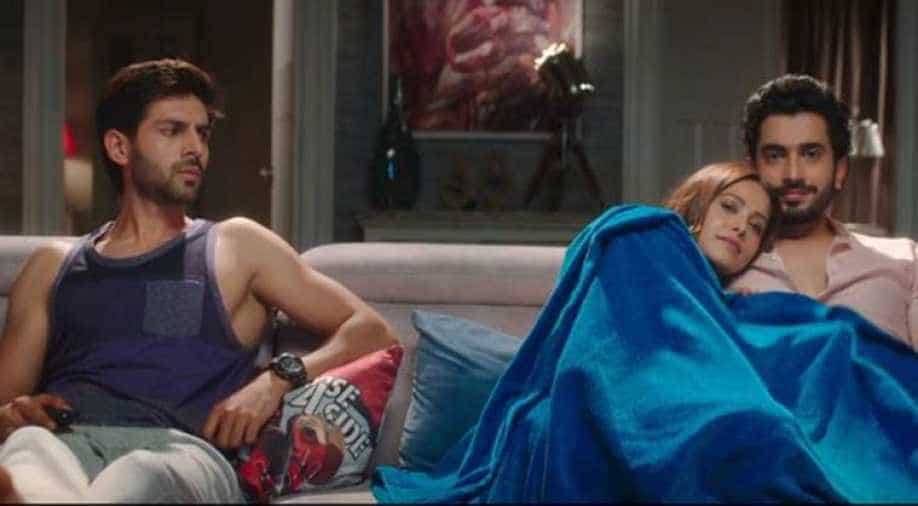 "Sonu Ke Titu Ki Sweety" trailer is out and it looks like pure unadulterated fun.

After wowing crowds with their romantic comedy series "Pyar Ka Punchanama", the trio of Kartik Aaryan, director Luv Ranjan and Nushrat Bharucha along with Sunny Singh are back with yet another in the genre.

Sunny Singh plays the character of a boy who suffers from a bad relationship. Kartik Aryan is his best friend who does what he is best at, giving the advice to move on.

The trailer gets exciting when Sunny's character decides to get married to his girlfriend Nushrat Bharucha aka Sweety. Sweety is a too-goody girlfriend who does everything right from being religious to romantic. The only thing wrong is distrust in her displayed by Kartik's character.

This develops into a war between the girlfriend and the best friend of the soon-to-be groom, that is, Bromance vs Romance as the trailer puts it!

In the three minutes long trailer, Kartik can be seen giving witty dialogues and know-it-all on relationships and how to handle them.

The movie is slated for a release on Valentine's Day, February 14.