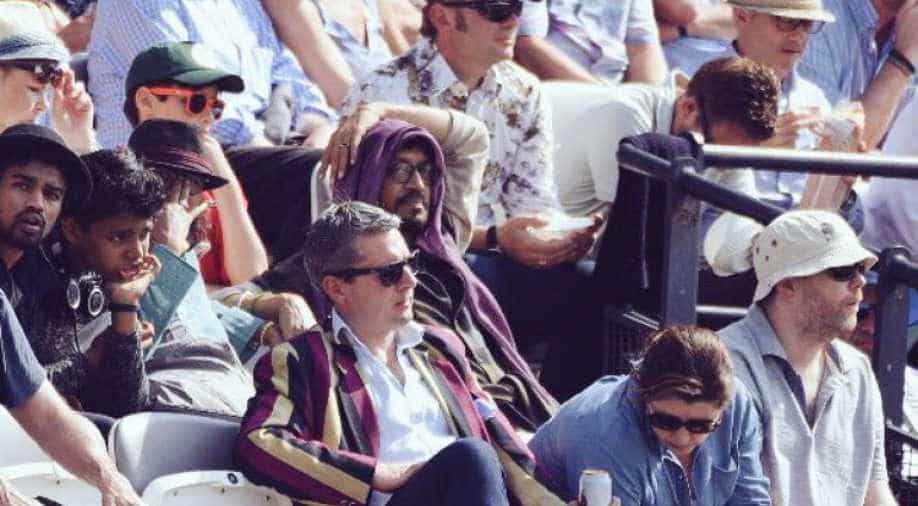 Internet cant seem to decide whether the man in the photo is Irrfan Khan or not. Photograph:( Twitter )

Earlier in 2018, Irrfan Khan announced that he was suffering from a rare disease. The actor in a statement announced that he was diagnosed with a neuroendocrine tumour, and that he would be leaving the country for treatment. And while fans, in despair, enquired on how serious his illness was, the actor and his family requested everyone to not belive in rumours and requested privacy. That was in March.

The actor, since then, has been off social media only to resurface once in the middle to muse over life and to share the poster of his next film 'Karwaan'.

Recently a photo of the actor or someone who looks like him has surfaced on the Inetrenet., The photo has been taken in Lord’s, London where the actor seems to be enjoying a cricket match between England and Pakistan.

Here's a closer look at the photo. Needless to say, the photo of the actor or his look like has gone viral on the Internet with fans speculating if its actually him.

He is not Irfan khan.this man got little longer chin

He is Not Irfan Khan, Looks Closely, He just looks like hime.

While a lot of them believed that it was not him but someone who looked like him, there were others who were happy to get a glimpse of the actor.

I don’t know what’s big deal? If he’s Irfan khan I’m happy he’s healthy enough to watch cricket. He’s there in London he can do whatever he wants

One user stated that it was indeed Irrfan Khan who was at the stadium to watch a match.

He was sitting in front of me.. A few people came and asked him for a picture but he refused..i think because of his health. He looked really really weak.

While there is no way one can know if it really was the actor at the stadium but fans are just happy to see that the actor was fit enough to go and watch a match.

The actor's next release will be a Hollywood film called Puzzle. He will be seen in Karwaan as well which marks Dulquer Salman's debut in Bollywood.