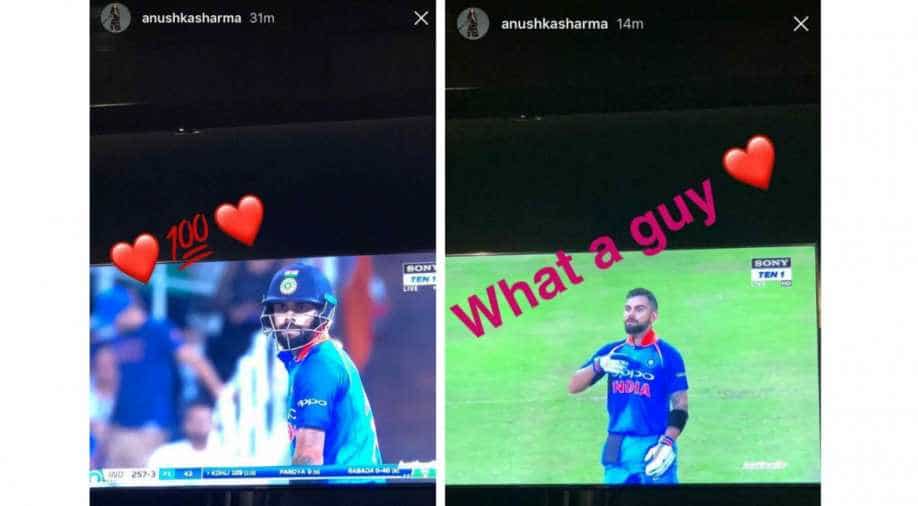 Also Read: Shikhar Dhawan gets angry at Kohli after run out, Twitterati make the most of it

While the cricketer hit 112 from 119 balls to help his team get an easy win over South Africa, his wife and actress Anushka Sharma supported him on social media by posting sweet messages.

The actress took to Instagram to share the happy moments with fans and posted a series of photographs of Virat and his stint on the pitch in the story:

The newly-marrieds have been the talk of the town ever since they tied the knot in a private secret ceremony on December 11 last year in Tuscany, Italy.

On the work front, Anushka Sharma will be next seen in horror-suspense Pari and Sui Dhagga opposite Varun Dhawan.