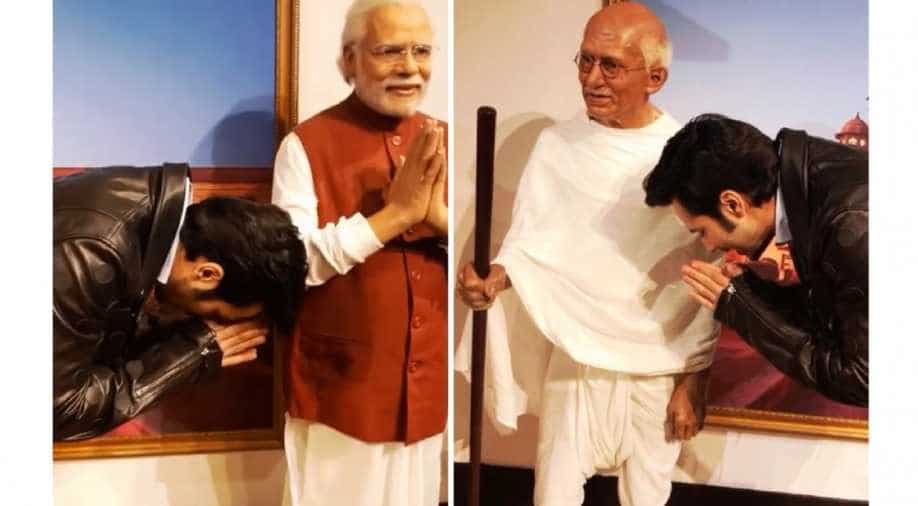 Varun Dhawan after becoming the youngest Bollywood actor to get featured in Madame Tussauds wax museum --is now looking forward to the release of his upcoming film Sui Dhagga- Made in India opposite Anushka Sharma.

Recording a video from Hong Kong, where he was present to unveil his own wax statue, Varun can be seen bowing down his head to seek blessings from Mahatma Gandhi and Indian PM Modi for his film.

#madeinindia???????? #suidhaaga. Got the most important blessings before I start this important film @anushkasharma

He can be seen asking for blessings from wax statues of both personalities for his film which is centred around India and is a deeply-rooted Indian story.

Yash Raj Films’ Sui Dhaaga – Made in India is set to release on September 28 this year, right before Gandhi Jayanti.

Varun Dhawan plays the role of a tailor in the film and Anushka plays an embroiderer. The two have been paired opposite one another for the first time.