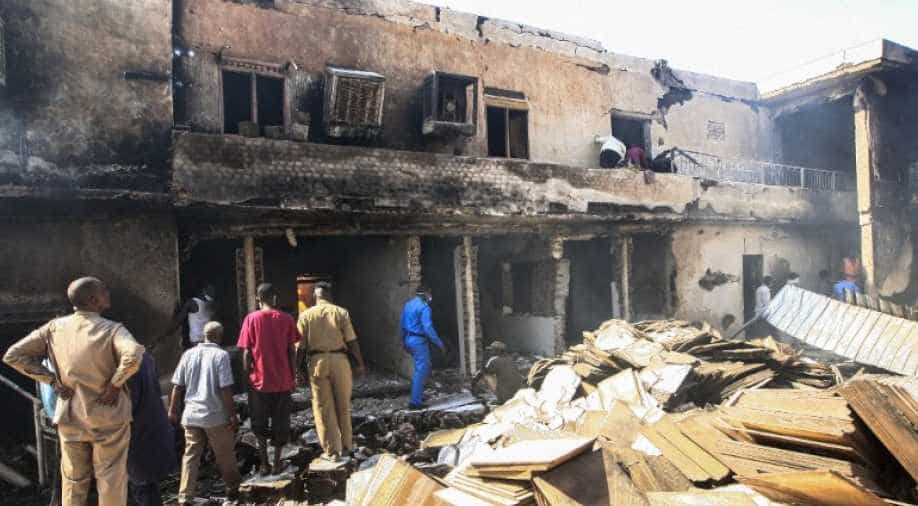 A visual of the ceramic factory that was set on fire Photograph:( AFP )

The Indian government said on Friday they are focussing on repatriating bodies of the Indian workers who lost their lives in a fire tragedy in Sudan.

"We are in contact with the families of six Indians who have lost their lives in Sudan. Our efforts will also be focused on how to repatriate bodies of those died," Ministry of External Affairs (MEA) Spokeperson Raveesh Kumar said.

On Tuesday, a ceramic factory was enguled in massive fire in Sudanese capital Khartoum, when an oil tanker exploded while unloading, killing 23 workers. On Wednesday, the Indian embassy claimed that 18 Indians are killed in the incident. However, they added that the figures are not confirmed.

Indian Prime Minister Narendra Modi on Wednesday expressed his anguish over the fire accident. He also said that the Indian embassy in Sudan is providing all sorts of help to the ones affected in the incident.

"Anguished by the blast in a ceramic factory in Sudan, where some Indian workers have lost their lives and some are injured. My thoughts are with the bereaved families and prayers with the injured," PM Modi tweeted.

External Affairs Minister S Jaishankar, in a tweet, also expressed his grief over the tragedy on Wednesday, adding that the Indian embassy representative has rushed to the spot and a 24-hour hotline has been set by the embassy of India Khartoum.

On the day of the blast, the Sudanese administration said that the preliminary investigation suggests that the necessary fire safety equipment were missing from the factory and the inflammable factory materials were improperly stored that aggravated the fire.