18 Indians among 23 dead in LPG tanker blast in Sudan 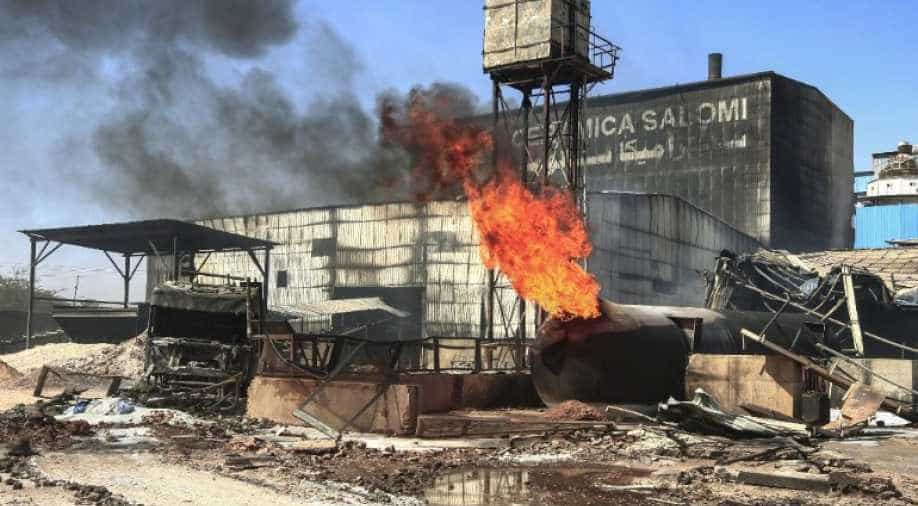 Flames and smoke coming out from a factory in Khartoum, Sudan Photograph:( AFP )

As many as 16 Indians remain missing after the incident, while seven have been hospitalised, three of which are in critical condition.

At least 18 Indians are among the 23 people killed in an LPG tanker blast at a ceramic factory in Sudan's capital Khartoum, the Indian embassy here said on Wednesday.

As per a detailed list issued by the embassy, as many as 16 Indians remain missing after the incident, while seven have been hospitalised, three of which are in critical condition.

"As per latest reports, but so far not confirmed officially, 18 are dead," the Indian Embassy said in a release.

"Some of the missing may be in the list of the dead which we are still to receive as identification is not possible because of the bodies being burnt," it added.

The explosion occurred while a gas tanker was unloading its cargo at the factory, as per a statement by Sudan's Council of Ministers, as cited by Xinhua news agency.

"A huge fire took place at Salomi Ceramic Factory in the industrial area at Kober neighbourhood of Bahry town. At least 23 people were killed and more than 130 others injured who are currently under medical treatment in hospitals," the statement read.

External Affairs Minister S Jaishankar expressed grief over the incident and said that the Indian embassy in Sudan has set up a 24-hour emergency hotline.

"Have just received the tragic news of a major blast in a ceramic factory "Saloomi" in the Bahri area of the capital Khartoum in Sudan. Deeply grieved to learn that some Indian workers have lost their lives while some others have been seriously injured," Jaishankar tweeted.

"The Embassy representative has rushed to the site. A 24-hour emergency hotline +249-921917471 has been set up by @EoI_Khartoum. Embassy is also putting out updates on social media. Our prayers are with the workers and their families," the following tweet read.