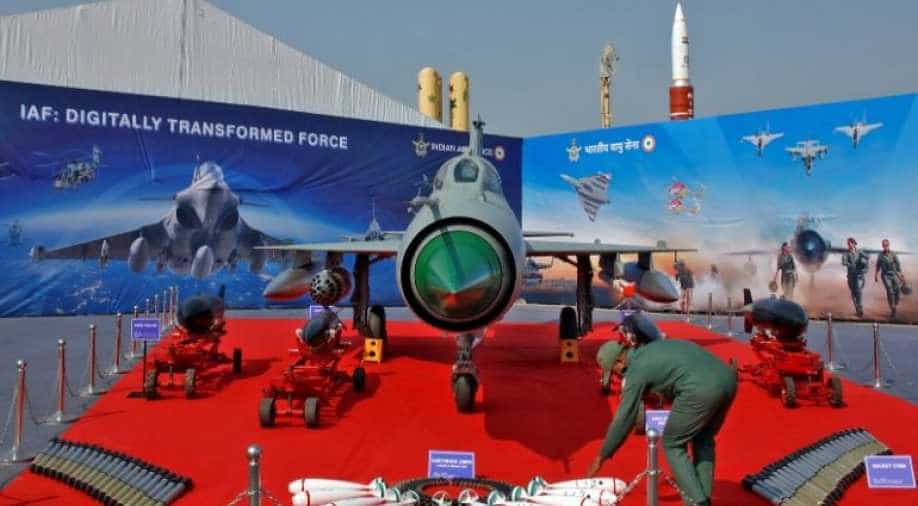 India's biennial DefExpo has started in Lucknow on Wednesday and this is perhaps one of the largest defence expos that India has ever organised.

More than one thousand companies are there. For the sake of comparison — the last edition had 700 odd companies — it was held in Chennai.

It's on the Indian ones. The idea is to showcase India. The theme is India — an emerging defence manufacturing hub.

But India is far from a manufacturing hub, much less for defence. Make in India for the defence was a great idea. But it has failed to take off.

As of December, last year projects worth more than Rs 3.5 lakh crore had not been cleared. This includes contracts for fighter jets, infantry combat vehicles, transport aircraft and more.

They are all stuck at different stages. Some of them are just waiting for a final contract to launch production.So no major "Make in India" defence project has taken off in the last six years.

According to experts, Indian defence companies are not yet ready to take up big-ticket projects. Bureaucratic delays and long processes are holding back defence deals.

There is also a fund crunch. India's defence budget got a marginal increase of nine per cent this year. But, most of it goes towards paying pensions and salaries of personnel.

The armed forces might not have enough money left to pursue modernization plans.This, in turn, impacts the Indian government's plans to push more indigenous defence projects.