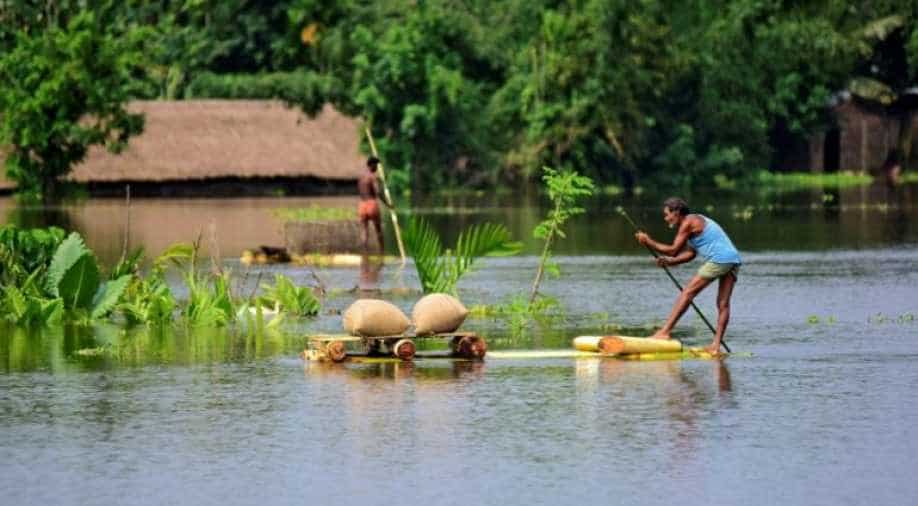 According to the report, by July 18, a total of 4,128 villages in 103 revenue circles of 28 districts have been affected due to floods.

Not only humans but wild animals have also borne the brunt of floods as over 50 animals, including five rhinos, have died in Kaziranga National Park.

According to a report of the divisional forest department, an elephant, several wild boars, hog deer and sambars, besides the rhinos, have been found dead in the park.

Meanwhile, the flood situation if also grim at neighbouring state Bihar as according to a report by ANI, at least 33 people have lost their lives.