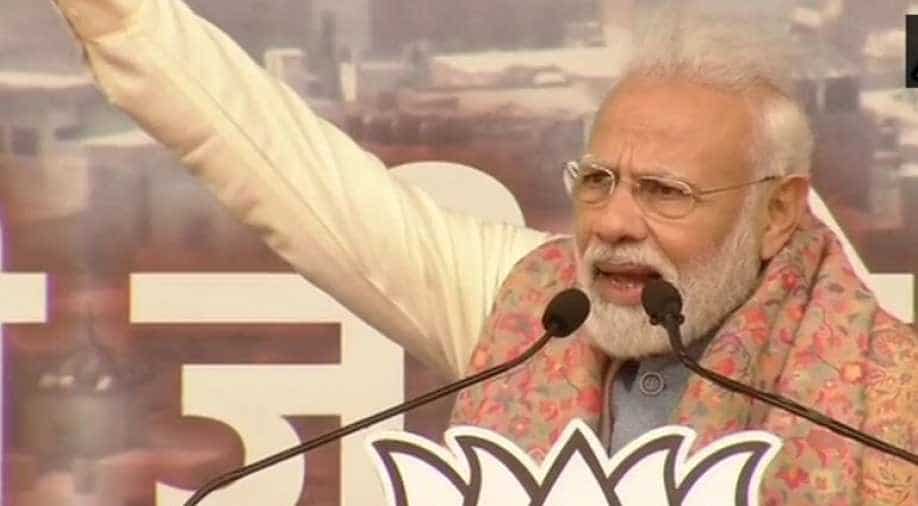 The Citizenship (Amendment) Bill has triggered protests across the country, which has taken the lives of more than 20 people

The Citizenship (Amendment) Bill has triggered protests across the country, which has taken the lives of more than 20 people, with around 15 dead in Uttar Pradesh alone.

While invoking the contribution of the authorities, especially alluding to the violent protests, Modi said that 33,000 police personnel sacrificed their lives for peace and security in the country since independence. ''Today, you are brutally thrashing them. When any problem arises, police don't ask your religion or caste, whatever the weather or time they are there to help you'', he said.

While talking about the National Register of Citizens (NRC), the Prime Minister attacked the opposition and its ''friends'', saying that ''Urban Naxals are spreading rumours that all Muslims will be sent to detention centres''.

Commanding the crowd to respect their education, Modi said ''Read what is Citizenship Amendment Act and NRC. You are educated''.

Additionally, he lashed out at the Congress party, saying ''NRC came at the time of Congress. Were they sleeping then? We neither brought NRC in cabinet nor in Parliament. If we're passing legislation to give you ownership rights, in the same session will we bring legislation to send you out?''.

Intending to simplify the tenets of the new citizenship bill, Modi said, ''There is a very simple difference, an infiltrator never reveals his identity and a refugee never hides his identity. Many of these infiltrators are coming out and speaking. Why don't they speak the truth? They are scared that their reality will come out''.