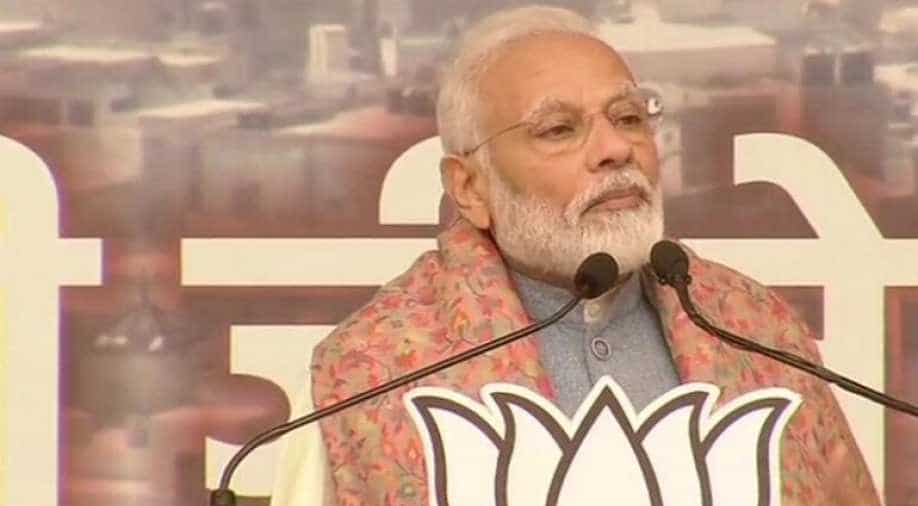 The rally was primarily addressing the ownership rights of around 40 lakh residents of unauthorised colonies in the national capital, which has been fulfilled through a recent decision

Amid the chants of Bharat Mata Ki Jai (hail mother India), the Prime Minister urged the crowd to join him in saying, "Vividha me ekta, Bharat ki visheshta" (Unity in diversity is India's speciality).

Starting off, Modi spoke about Delhiites and the issues they've faced. According to Modi, a large section of Delhi folks faced ''fear, uncertainty, deceit, and false electoral promises''. ''Illegal, sealing, bulldozer & a cut-off date - life of a large population in Delhi was confined around these words'', he added.

While referring to the setbacks faced during the construction of Delhi metro's phase 4, Modi suggested that the state government's politicisation of the project caused the delay. ''That is why I say that those who do politics in your name, never understood your pain, they never intended to do that'', he announced.

The rally was primarily addressing the ownership rights of around 40 lakh residents of unauthorised colonies in the national capital, which has been fulfilled through a recent decision.

On unauthorised colonies, Modi also took jibes at the previous state governments. ''You should know what those people, whom you were asking for something for yourself, were doing. They had illegally given 2000 lavish bungalows to their people. No one knows what was given to whom in lieu of that'', he said.

The administration had made elaborate arrangements for security in view of the recent protests in the national capital after protests broke out over the Citizenship Amendment Act.

The Prime Minister was welcomed by Delhi BJP chief Manoj Tiwari at the venue, along with other senior functionaries of the party.

''Hindus, Muslims, Sikhs, Christians all were befitted, everyone who lives here was benefitted. Why did we do this? Because we live for the love of the country. We are dedicated to the mantra of 'Sabka saath, sabka vikas''', Modi spoke while alluding to the Citizenship (Amendment) Act and the National Register of Citizens.