BJP-AIADMK alliance likely to be announced on February 10: Sources 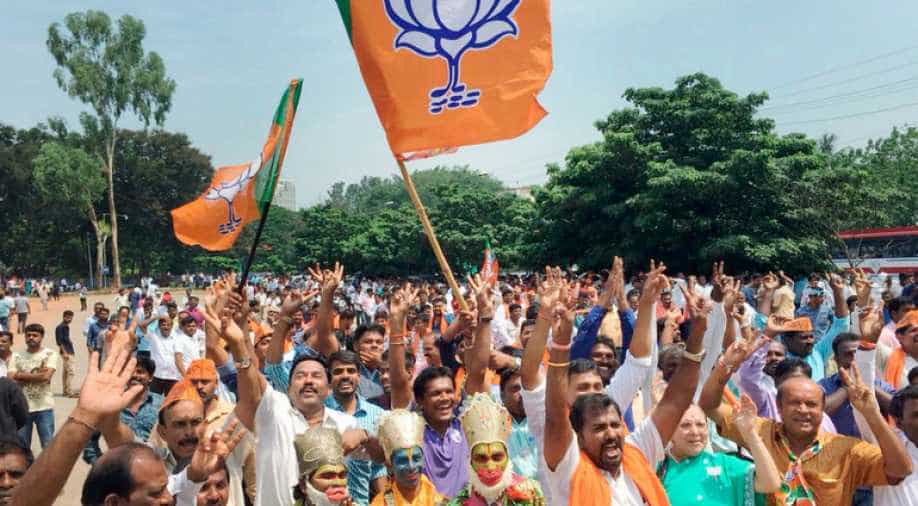 This comes at a time when the AIADMK is issuing applications (from February 4 - 10) to aspiring Lok Sabha candidates at a cost of Rs. 25000.

AIADMK is likely to form an alliance with the Bharatiya Janata Party (BJP) for the upcoming Lok Sabha elections, according to reports.

Speaking to WION, sources in the AIADMK, Tamil Nadu’s ruling party and the BJP have stated that an alliance between the two parties ahead of the Lok Sabha Elections could be announced on February 10 in Tiruppur in Southern Tamil Nadu, where Prime Minister Narendra Modi is to address a public rally.

The BJP source has hinted that most of the parties from Tamil Nadu, who were part of the NDA in 2014 could be retained in the alliance that is to be formed ahead of this year’s Lok Sabha Poll.

The source also added that “chances of the announcement being made soon was very bright”.

This comes at a time when the AIADMK is issuing applications (from February 4 - 10) to aspiring Lok Sabha candidates at a cost of Rs. 25000.

In the last few weeks, certain AIADMK leaders were critical of the BJP and expressed reservations about an alliance. They also said that the party cadre was against an alliance, as they claimed that the public mood was against the BJP in Tamil Nadu.

However, some leaders also issued clarifications saying that only the executive can decide.

At the unveiling of the Karunanidhi statue in Chennai, DMK president M K Stalin had proposed Rahul Gandhi as Prime Ministerial Candidate. With the DMK backing the Congress, the only major prospective ally in Tamil Nadu for the BJP is the AIADMK.

Speaking on the likely announcement of the alliance, senior journalist Kalyan Arun said, “this comes as no surprise. The only option for the AIADMK and BJP would be to ally with each other, as the Left parties in Tamil Nadu could also join hands with the Congress-DMK combine.”

Regarding the scenario, at the polls, he said, “it would be interesting to see how much of the AIADMK votes would be cut by the TTV Dinakaran-led AMMK. The BJP has not been very successful in the Southern States, and especially so in Tamil Nadu.”

In the run-up to the Prime Minister’s February 10 rally in Tiruppur, more details could emerge about the likely alliance and the smaller parties that could join hands with the AIADMK-BJP combine.