11 dead in anti-Sterlite clashes: DMK calls for all-party protest on May 25 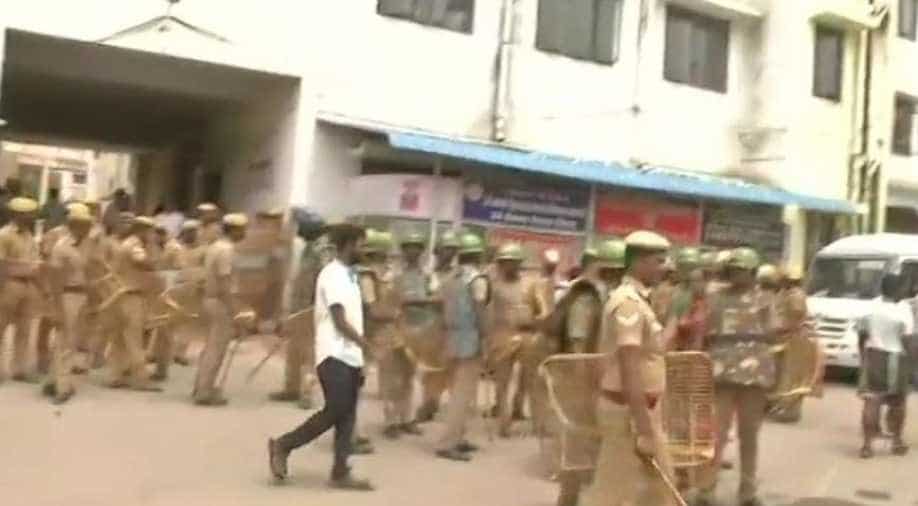 MK Stalin-led Dravida Munnetra Kazhagam (DMK) has called for an all-party protest on May 25 over ongoing anti-Sterlite clashes in Tuticorin, Tamil Nadu.

As many as 11 people were killed in police firing during protests against Sterlite industries yesterday.

DMK calls for an all party protest on May 25 over the matter where 11 people were killed in police firing during protests against Sterlite industries yesterday. #TamilNadu pic.twitter.com/AOfgF04TyS

According to reports, the police allegedly used assault rifles to shoot at protesters in Tamil Nadu's Thootukudi, where 11 people died on Tuesday.

Clashes between locals and police outside General Hospital in #Thoothukudi where people who were injured in #SterliteProtest yesterday are undergoing treatment. #TamilNadu pic.twitter.com/G5PPprq072

Meanwhile, the Madurai bench of the Madras High Court on Wednesday stayed the plant's planned expansion. The Union Ministry of Home Affairs has asked the Tamil Nadu government for a report on the killings.

The National Human Rights Commission has also issued notices to the Tamil Nadu Chief Secretary and the Director General of Police and asked for reports within a fortnight.