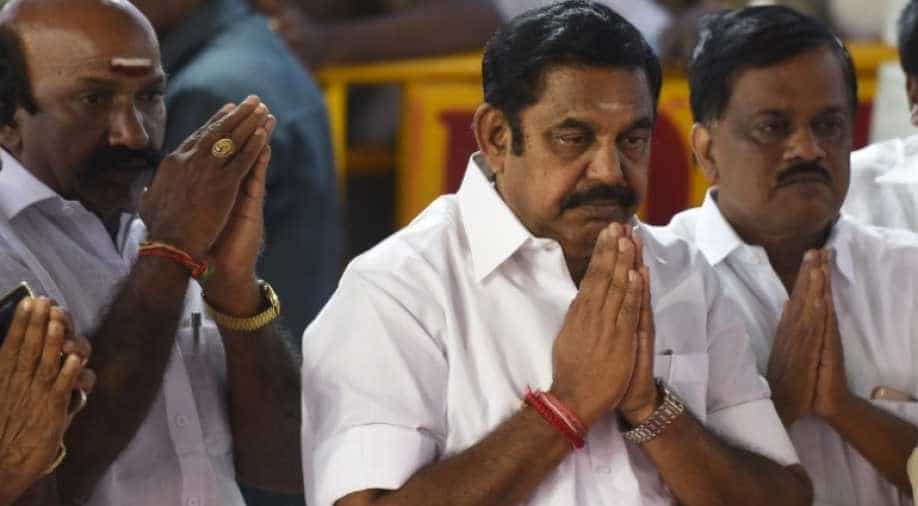 This meeting gained significance as there had been demands from certain quarters last week, for establishing a single charismatic leader for the party.

The party also urged workers to work for the upcoming local body polls on the vision of former party supremos MG Ramachandran and Jayalalithaa at its first district secretaries meeting post the Lok Sabha poll rout and amid calls from certain quarters for a single charismatic leader.

This meeting gained significance as there had been demands from certain quarters last week, for establishing a single charismatic leader for the party, after which AIADMK leadership had written to the cadre asking them to "join hands to save the party and remain disciplined and follow the political lessons of MG Ramachandran and Jayalalithaa".

Fueling the speculation of deep divisions within the party leadership, there were posters in the vicinity of the party office in Avvai Shanmugam Salai, which urged Chief Minister Edappadi K Palaniswami to take over as party General Secretary, terming it as the expectation of the party cadre.

Speaking to reporters after the nearly hour-and-a-hour-long meeting, Fisheries Minister D Jayakumar dismissed the posters as gossip and maintained that status quo would prevail, he also said that the dual leadership issue wasn’t even discussed and termed it a routine meeting. When questioned about the decision to tie up with the BJP, he responded saying, it wasn’t an issue at all.

Senior AIADMK leader Vaithilingam said that there is no need to even speak about elections for the post of General Secretary as the existing set up of coordinator and co-coordinator are bound to continue.

Other functionaries have been instructed to not post their personal views or express them on the mainstream media or social media platforms and failure in following the instructions will lead to disciplinary action against them.

Speaking to WION about the developments in the party, senior journalist and political analyst Dr Sumanth C Raman stuck to his earlier analysis and said, "today’s meeting did not appear to be a rocky one and that there is likely to be no immediate change in the mode of leadership in the coming months."