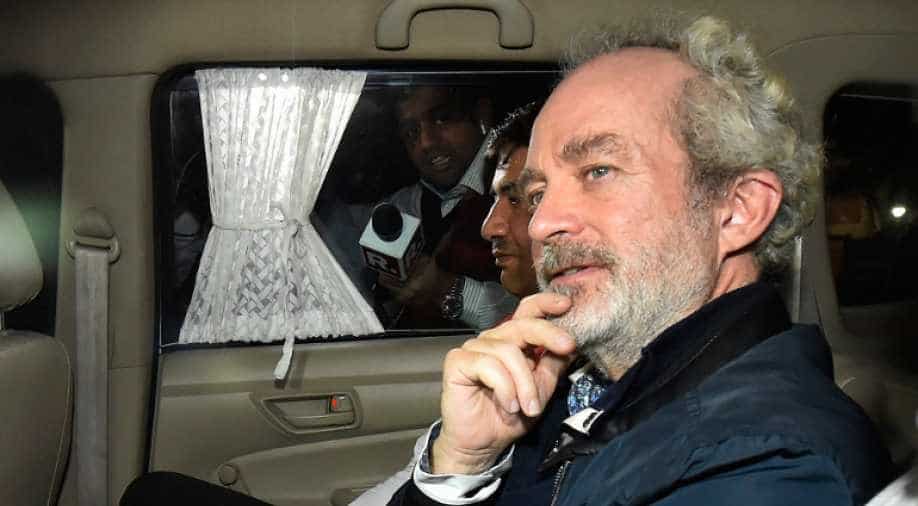 Michel was produced before special CBI Judge Arvind Kumar in Patiala House Court after initial rounds of questioning by CBI.

CBI had sought for his remand to "confront him with some important documents" in the chopper case.

During questioning by CBI, Christian Michel complained of anxiety after which he was given medicine.

#WATCH Delhi: #ChristianMichel brought to CBI Headquarters after he was sent to five-day CBI custody by Special Court. #AgustaWestland pic.twitter.com/yTLFgrBwyZ

He was extradited to India from Dubai on Tuesday.

Michel, 54, landed at the Indira Gandhi International Airport on a Gulfstream jet at 10.35 pm Tuesday night after which he was arrested by the CBI in connection with the case.

After the immigration procedure, he was taken to the CBI headquarters for interrogation at south Delhi's Lodhi Road area.

Michel is one of the three middlemen being probed in the case, besides Guido Haschke and Carlo Gerosa, by the ED and the CBI. Both the agencies have notified an Interpol red corner notice (RCN) against him after the court issued a non-bailable warrant against him.

However, Michel had denied the charges.

Former Air Chief SP Tyagi is also an accused in the case along with some others.

According to the Enforcement Directorate charge sheet filed in a court here two years back, Michel had received kickbacks to the tune of 30 million Euros from AgustaWestland for the deal involving a purchase of 12 VIP helicopters.

The deal, signed in 2007, was scrapped in 2013 following the bribery allegations.