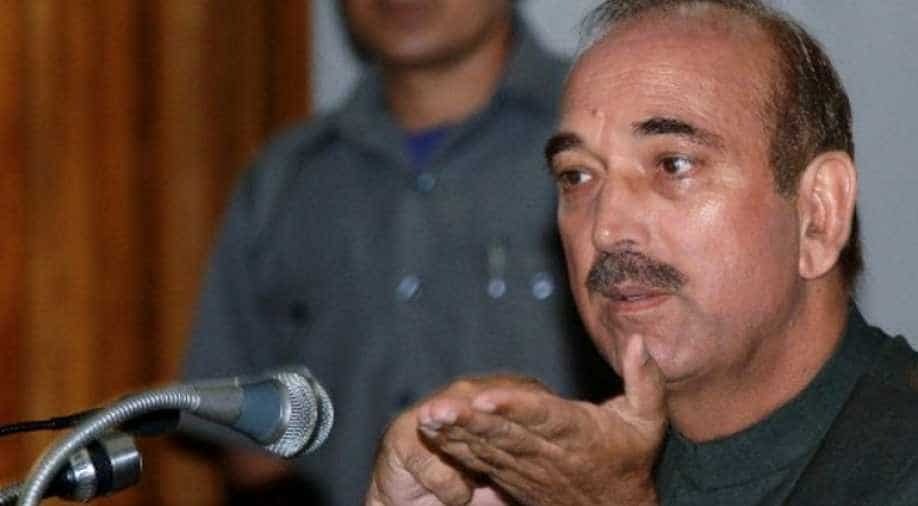 Senior Congress leader and leader of opposition in Rajya Sabha, Ghulam Nabi Azad today reached Srinagar where he met Farooq Abdullah, the former J&K chief minister at his residence, a day after his detention under public safety act was revoked.
Before meeting Azad, Farooq drove to Hari Niwas Palace, a designated sub-jail, with his family where he met Omar Abdullah who is still under detention after PSA was slapped on him.

Addressing media, after a two-hour-long meeting, Farooq thanked Azad for coming to see him. Azad while questioning the detention of Farooq for seven months expressed concern over the current democratic situation in India.

On being asked if Congress will restore on Article 370 ––– which was nullified by BJP led NDA government in August last year ––– he said that, “it is important to restore democracy in Kashmir first.” He also batted for the immediate restoration of statehood. The Jammu and Kashmir was reduced and bifurcated from a state to two union territories in August with Ladakh as one and Jammu and Kashmir as another.
Azad said that he informed the leader about the voice raised by the members of the lower and upper house against his detention. "I am happy to meet him. I have come here on behalf of all leaders who raised their voice," he told media.
The Jammu and Kashmir administration on Friday revoked the Public Safety Act slapped on Farooq Abdullah, the former chief minister of the erstwhile state and an incumbent parliamentarian, seven months after he was detained.