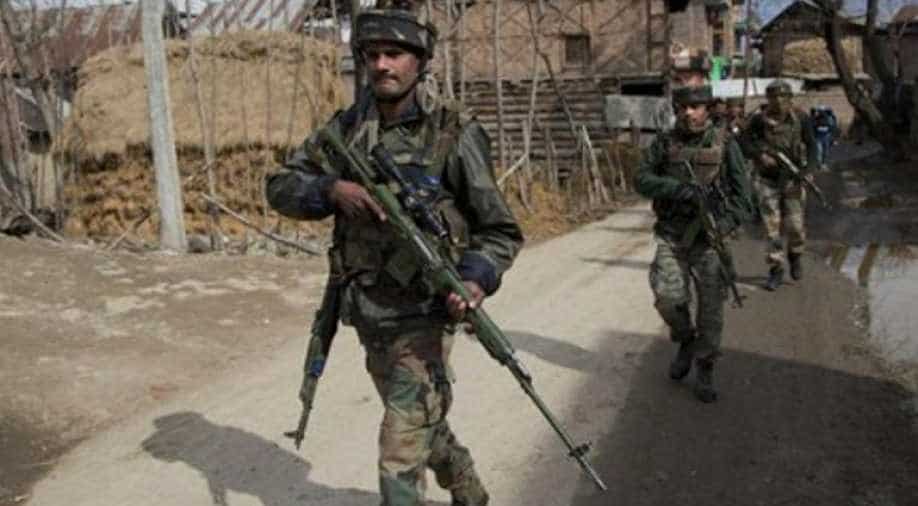 The killed terrorists as per police records were affiliated with proscribed terror outfit of Hizb-ul-Mujahideen.

Three Hizb-ul-Mujahideen terrorists were killed following an encounter with the police and the security forces in Jammu and Kashmir on Sunday.

Following a tip-off, a cordon and search operation was launched jointly by police and security forces in Gujar Basti Gulshanpora area of Tral Awantipora.

During the search operation, the hiding terrorists fired on the search party. The fire was retaliated leading to an encounter.

In the ensuing encounter, three terrorists were killed and the bodies were retrieved from the site of encounter. The killed terrorists have been identified as Umer Fayaz Lone alias Hamad Khan resident of Seer Tral, Faizan Hamid resident of Mandoora Tral and Adil Bashir Mir alias Abu Dujana resident of Monghama Tral.

The killed terrorists as per police records were affiliated with proscribed terror outfit of Hizb-ul-Mujahideen and were wanted for their complicity in terror crimes including attack on security establishments and civilian atrocities.

According to the Police records, Umer Fayaz Lone had a long history of terror crime records since 2016 and was involved in planning and executing several terror attacks in the area. He was part of groups responsible for carrying out a series of terror attacks and many other civilian atrocities besides the killing of policeman Haleem Kohli of Gutroo Bangdar Tral.

Incriminating material including arms and ammunition were recovered from the site of encounter. All these materials have been taken into case records for further investigation and to probe their complicity in other terror crimes.