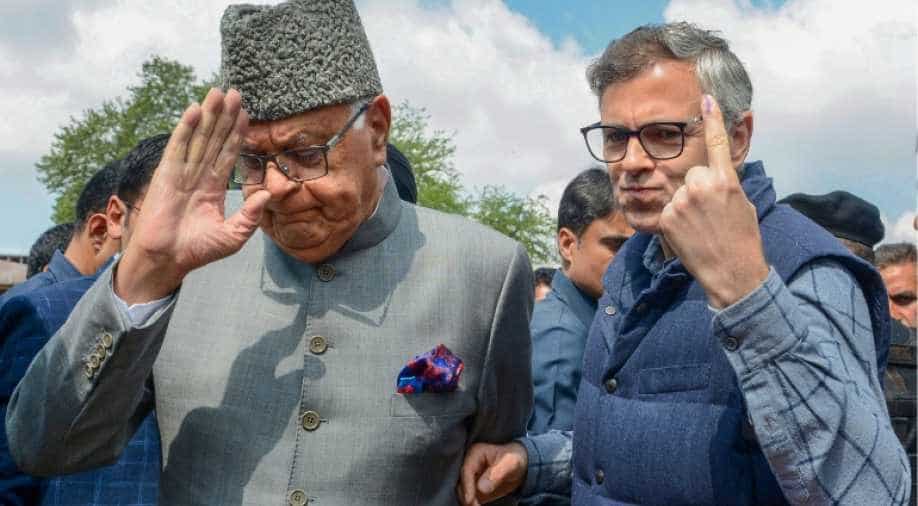 The Jammu and Kashmir National Conference has swept all the three Lok Sabha seats in Kashmir valley while the BJP continued its winning mark on Jammu, Udhampur and Ladakh parliamentary seats.

Speaking to media after winning the election, he said that "the Parliament will not be easy and several important issues including Article-35-A and 370 which will have to be fought to save them," he said while blaming BJP for creating a divide among Hindus and Muslims in India.

Flanked by his son Omar Abdullah, Farooq stressed on the need to restart dialogue between India and Pakistan. Omar while speaking at the party office blamed Congress for defeat on Ladakh parliamentary seat by fielding their candidate against an Independent candidate.

"We fought elections so that we find a replacement for the BJP & NDA but the country hasn't accepted this. Yes, after Balakote, the opposition was on the backfoot. Now, we can question if slogans like 'Chowkidar Chor Hai' was right or not? Was it important to focus on Rafale?" Omar asked.

This is Mehbooba's first big defeat after the death of her father Mufti Mohammad Sayeed and fall of the PDP-BJP coalition government in the state.

"I’ve been fortunate to get the love & affection of my people. They have every right to express their anger for my failings. Accept their verdict with humility. Congratulations to winning candidates from NC. I’m grateful to my party workers & colleagues," Mehbooba wrote on Twitter.

Her defeat has also come at a time when several top leaders have left the party due to several reasons.