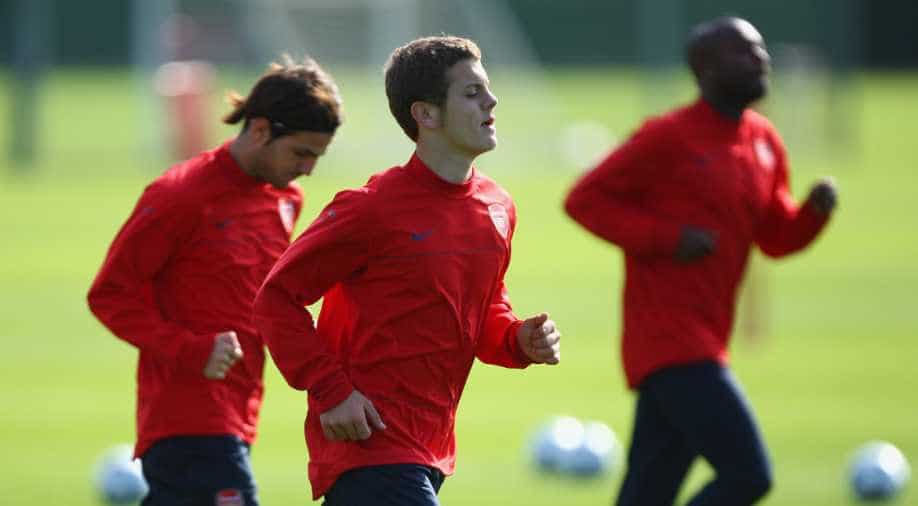 Police investigations into the sexual abuse of youngsters within English football widened Friday as England captain Wayne Rooney praised victims for speaking out.

Jason Dunford, once a youth player with Premier League giants Manchester City, added to the growing tide of abuse accusations that have rocked the English game by alleging that a football paedophile ring was covered up.

Andy Woodward last week became the first player to reveal publicly the abuse Bennell inflicted upon him, triggering a stream of similar claims.

He was jailed for a third time in 2015 when he pleaded guilty to abusing a boy at a football camp in Macclesfield, northwest England, in 1980.

The National Society for the Prevention of Cruelty to Children (NSPCC) announced Thursday it had launched a telephone helpline for victims of football abuse.

Rooney urged any player who had been affected to call the hotline and no longer "suffer in silence".

"It's awful that some of my colleagues have suffered this way whilst playing the sport that I and they love," the Manchester United forward said.

"Andy (Woodward) has been really brave to come forward and I would encourage anyone who has or is suffering from abuse to call the NSPCC's new football helpline.

"It's important that people know that it's ok to speak out, there is help available and that they don't need to suffer in silence."

Police said the establishment of the hotline and the publicity generated by former players sharing their stories in the media had prompted other potential victims to come forward, with Bennell not the only name under investigation.

A growing number of allegations have been reported in four police force areas, against several individuals.

London's Metropolitan Police said it had received information relating to "non-recent sexual abuse in football clubs" in the city, without naming the teams involved.

Earlier, Dunford told BBC television: "I believe there was a conspiracy and paedophile ring."

Dunford added Bennell had attempted to touch him in bed while he had been staying at a holiday camp after winning a football competition.

"There were people at those clubs who had a duty to look after boys coming through their system," Dunford said. "I think (Jimmy) Savile looks like a choirboy compared to this fellow."

Following his death in 2011, numerous allegations of sexual abuse stretching back six decades tainted the name of Savile, a BBC radio DJ and television presenter.

As a result of allegations involving Savile and other high-profile figures, but none specifically linked to football, a wide-ranging inquiry into sex abuse in Britain was established two years ago.

The probe has said it is open to examining allegations within football.

A spokeswoman said the investigation's role is to look at "institutional failure to protect children from child sexual abuse", adding that its terms of reference "are broad enough to include failures by sports clubs".

Seven former players have come forward to allege abuse by a youth coach.

Former Tottenham Hotspur forward Paul Stewart, capped three times by England, said he was repeatedly sexually assaulted by an unnamed man who threatened to kill his family if he told anyone.

The Guardian newspaper said it had been approached by a former Newcastle United player, whose identity it did not reveal, alleging he had been sexually abused while at the northeast club.

The ex-player named George Ormond, who has already had a six-year prison sentence for convictions involving boys from the club's youth system over a 24-year period.

The English Premier League said it was "very concerned" by the allegations and offered its support to anyone coming forward. It said clubs were regularly visited to check their safeguarding provisions for youth players.