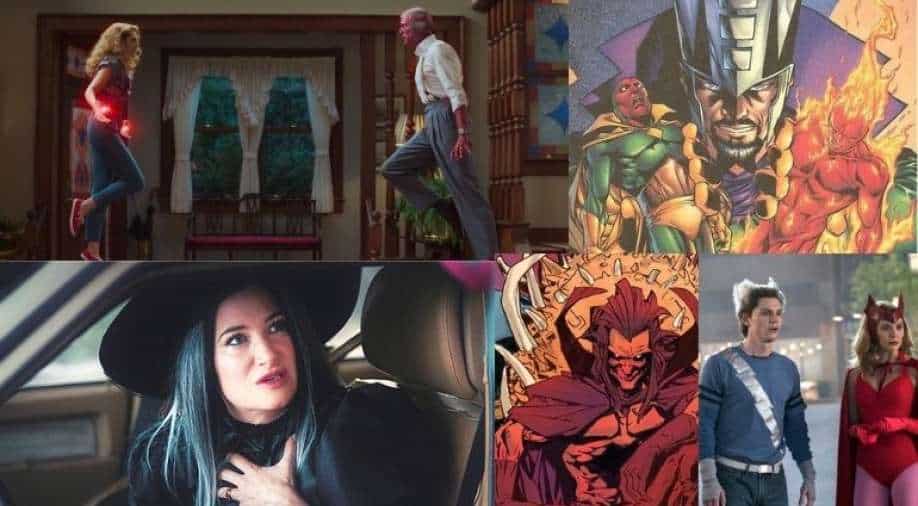 With Doctor Strange's expected appearance in the finale, it is clear that WandaVision is not just a spin-off from the makers, but a gateway to peep into what’s next to come - from the introduction of the next supervillain to the entry of the mutants.

'WandaVision' is just two episodes away from closing the first season and with the events that have happened in the latest episodes, one can feel the Marvel Cinematic Universe opening up to mutants from the X-Men franchise. Anyone with an iota of interest in the MCU would know the complicated and interlinked world Avengers share with the mutants in the comics. However, as MCU gears up for the next phase, with WandaVision being the first step into the multiverse, it looks like time has come for the mutants to make their entry official in the world saved by the Avengers.

The Disney+ series created a stir among the Marvel fans when Wanda aka Scarlet Witch’s dead brother Pietro aka Quicksilver made a surprise entry into Wanda’s closed reality (much to Wanda’s own surprise). What made the entry even more interesting is the fact that instead of Aaron Taylor-Johnson who played Wanda’s brother in ‘Avenger: Age of Ultron’ and sacrificed his life by the end of the film, WandaVision’s Pietro was being played Evan Peter who reprised his role from X-Men.

Now, this could be a way of giving a nod to fans, but as we know, nothing happens ‘just for the sake’ in the Marvel Universe. Another X-Men twist appeared in the latest episode where Wanda’s neighbour Agnes revealed herself to be the witch Agatha Harkness.

So who is Agatha Harkness and why she is a key to bind MCU and X-Men verse?

According to comics, Agatha Harkness was first introduced as the governess of Franklin Richards. She easily fended off the Frightful Four when they came to abduct Franklin Richards and admitted to the Fantastic Four that she is a witch. She then aided the Fantastic Four in the battle against Annihilus. Agatha became the magical tutor for the Scarlet Witch in the use of witchcraft. In an ensuing battle between the Scarlet Witch and Salem's Seven, the entire community's energies were drawn into Vertigo of the Seven, who lost control of them. Wanda managed to capture some of the energy and funnel it away, but the entire town was still decimated. Following hints from Agatha's sexual form, Wanda channeled the remaining energy to become pregnant with her husband, The Vision's, children. 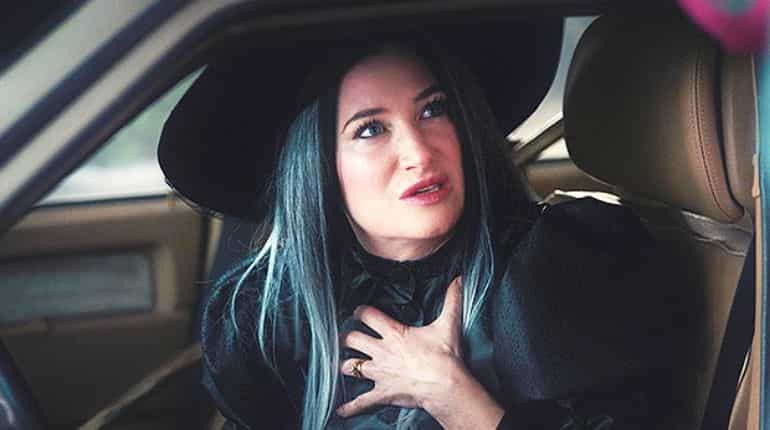 Later, Agatha resurfaced, again alive and well, when Wanda's infant children began exhibiting odd behavior (disappearing for brief periods of time) and Wanda became unstable after her husband's dismantling; Agatha provided no explanation for her return. After Mephisto claimed that Scarlet Witch's children were actually fragments of his own soul and reabsorbed them, Agatha briefly mind-wiped Wanda's memory of her children in an attempt to help her deal with the trauma. Agatha later restored those memories soon after when Wanda became a pawn in a complex plot by Immortus. Agatha aided the Avengers in their battle against Immortus.

Thus Agatha, in a way, ties Fantastic Four with Avengers with the help of Wanda. Thus, it's only fair that her introduction had to be in the series, before Spiderman and Doctor Strange take over the multiverse narrative.

The presence could signify a larger plot in the making where Marvel’s new set of Avengers could collaborate and fight the ultimate villain of the next phase. So who could be the next big baddie in MCU?

Inspired by Mephistopheles of the Faust legend, he was introduced into Marvel Comics by writer Stan Lee and penciler John Buscema, Mephisto debuted in The Silver Surfer #3 and was established as a perennial foe for the cosmic hero. Mephisto went on to become a foe for the Norse god Thor in Thor #180–181, Astonishing Tales #8 and Thor #204–205

He was later revealed to be the being to whom Johnny Blaze had sold his soul and thus had been cursed to become the Ghost Rider,[4] in a retcon that placed him in the role originally played by Satan.

Other appearances included posing as Satan in Marvel Spotlight #5; tormenting the titular superhero team in Fantastic Four #155–157 and Thor #310 and 325. Mephisto also guest-starred in two miniseries: The Vision and the Scarlet Witch #1–12 and Secret Wars battling several of Marvel's super teams.

In Daredevil #266 (May 1989), penciler John Romita, Jr. redesigned the character, re-imagining him as a bloated, naked creature with short, vaguely frog-like legs and a demonic-looking head. Romita explained, "I couldn’t see the Devil with tights and a cape." Subsequent portrayals have varied between Mephisto's original appearance and the Romita redesign. 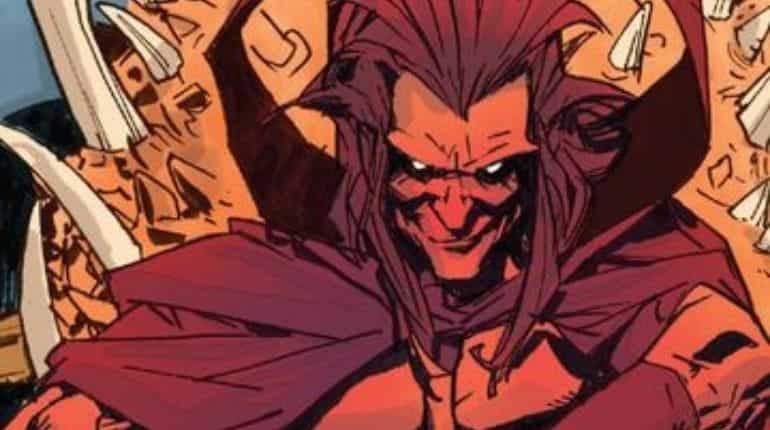 Mephisto continued to torment the Scarlet Witch in Avengers West Coast #51–52; created a new adversary for the Marvel heroes in Daredevil #270 ; and appeared in the graphic novel Triumph and Torment: Dr. Strange and Dr. Doom. Additionally, he was featured prominently in the One More Day storyline in The Amazing Spider-Man #544; Friendly Neighborhood Spider-Man #24; Sensational Spider-Man (vol. 2) #41, and Amazing Spider-Man #545. In the Earth X sequel, Universe X, Mephisto is the force behind Pope Immortus (secretly Kang) and his extermination of Reed Richards' Human Torch to assume mutant dominance.

Mephisto (as Satan) appeared in Ultimate Comics: Avengers as the man Johnny Blaze sold his soul to avenge his love Roxanne, and to punish the guilty as a "bounty hunter for Hell."

So with his run-ins with Fantastic Four, X-Men, Doctor Strange, Thor, and Spiderman, it is obvious that this villain ties the two yet to be merged Universes together, in more ways than one, making him the ultimate foe to all humankind and someone who would require all the powers combined to be defeated.

Another bet on who can be the one filling in Thanos’ shoes while combining the mutants and the superheroes is Immortus. He is the future self of Kang the Conqueror who is most frequently depicted as an opponent of the Avengers and the Fantastic Four in the comics. A time-traveling entity, several alternate versions of Kang have appeared throughout Marvel's titles over the years, including his respective future and past heroic selves, Immortus and Iron Lad. Kang is set to make his feature film debut in the Marvel Cinematic Universe film, Ant-Man and the Wasp: Quantumania, in which he will be portrayed by Jonathan Majors.

Immortus attempted the destruction of the Avengers through the use of mythological figures as combatants after trying to join the Masters of Evil, but being told by Baron Zemo he had to defeat one of the Avengers. The Masters attacked the Avengers after Captain America had been taken to the Tower of London in 1760 where Rick Jones was imprisoned. But when he rescued Rick he was returned to his own time and with his help, the Masters were defeated at a near-win. This event was apparently erased after the Enchantress turns back time to prevent the Avengers from capturing the Masters.  He was partially responsible for the creation of the Vision, allegedly creating a temporal copy of the original Human Torch that the android Ultron used to create the Vision. 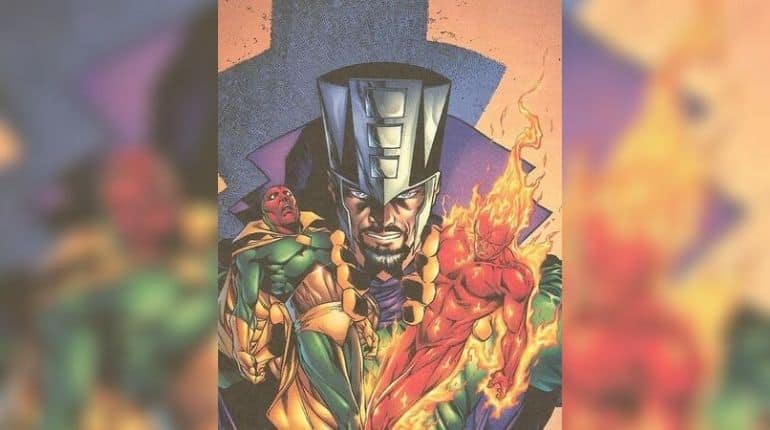 In the comics he also plays into the time-loop, disguising himself as a younger version of Kang, Immortus traveled back to the 21st century and convinced the Avengers to come to the future so that they could understand what had happened. Once the Avengers had successfully restored the timeline, Immortus turned on his allies and killed Iron Man and the Hulk before the youthful Avengers apparently killed him.

With a near folk-god foe-like abilities and a sure-shot appearance of Kang in the upcoming Antman film, either Immortus as himself or as Kang can be the next big mythical figure to challenge the heroes and the mutants alike.

With timelines becoming blurred and Monica gaining abilities in the latest episode of WandaVision (tying the Captain Marvel timeline), it’s evident that something big has been set on the multiverse pot. With Doctor Strange's expected appearnce in the finale, it is clear that WandaVision is not just a spin-off from the makers, but a gateway to peep into what’s next to come - from the introduction of the next supervillain to the entry of the mutants. Overall, it’s going to be a fun ride full of old and new names and faces.