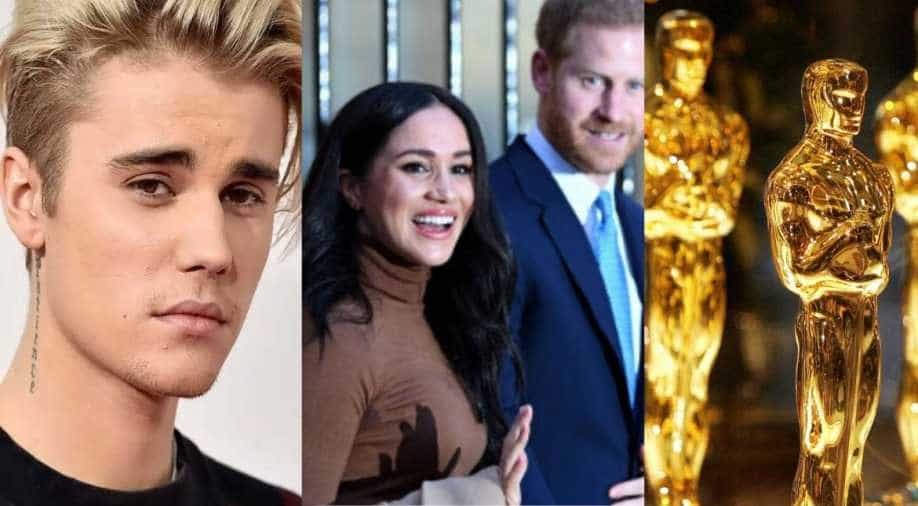 The topmost trending Hollywood news of the day is hands down Meghan Markle and Prince Harry's decision to step back from royal duties as they decide to divide time between the UK and North America where the former has spent a considerable number of years working. The British royals and their decision to take a back seat from their "royal lives" sent the internet into chaos with people looking for answers and verification if this was indeed true.

Among other Hollywood news stories that trended today was Justin Bieber revealing that he is suffering from an "incurable disease", Oscars 2020 being announced going hostless and more. Find our top 5 picks here:

They are literally rewriting Britain's history. Prince Harry and his wife Meghan stunned the British monarchy on Wednesday by quitting as front-line members. Reports state that the couple did not consult Queen Elizabeth II before making the announcement.

The latest trending story from Hollywood will rather shock you as pop star Justin Bieber recently revealed that he has been battling Lyme disease. This comes merely days after he released his new single ‘Yummy’ that is already on top of the music charts for this week.

Much like 2019, the 2020 Oscars ceremony in February will again have no host- a fact that was confirmed by the head of ABC Television Entertainment on Wednesday.

Netflix’s latest series ‘Cheer’ opens with a young woman being seen thrown up in the air and caught by four men. The docuseries is directed by Greg Whiteley of the fame ‘Last Chance U’ as it takes a look at what kind of athleticism and pain it takes for a team to reach the top in the world of competitive cheerleading.

Another trending Hollywood news story that gripped the world of entertainment was Harvey Weinstein's rape trial. Dozens of potential jurors were excused Tuesday from serving in the rape trial of Harvey Weinstein, including two women who said they had been assaulted in the past and one who said a close friend had an encounter with the movie producer.