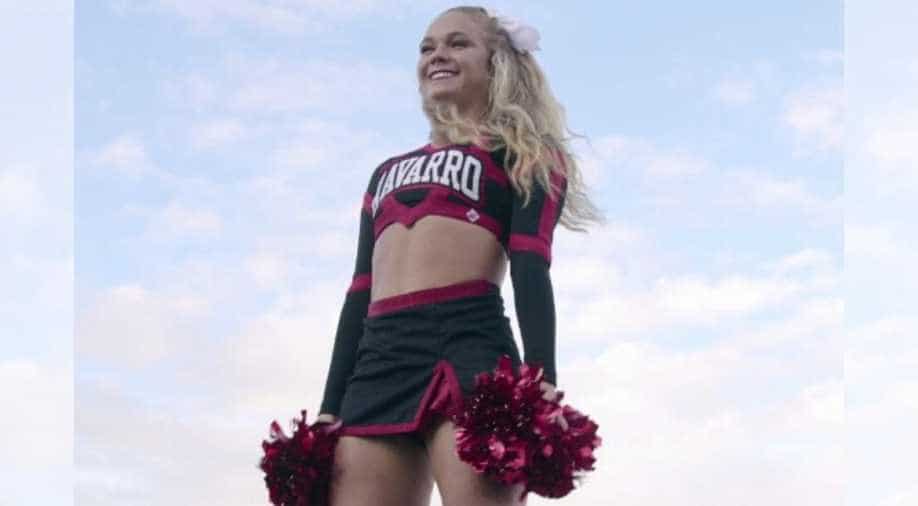 Netflix’s latest series ‘Cheer’ opens with a young woman being seen thrown up in the air and caught by four men. While it may look fun, the docuseries promises to tell the world how strenuous the world of professional cheerleading is.

In a sea of new content that Netflix keeps adding every month, there is a new series that is making noise titled ‘Cheer’.

Netflix’s latest series ‘Cheer’ opens with a young woman being seen thrown up in the air and caught by four men. The docuseries is directed by Greg Whiteley of the fame ‘Last Chance U’ as it takes a look at what kind of athleticism and pain it takes for a team to reach the top in the world of competitive cheerleading. Cheerleading is a professional art in countries where it is prevalent.

The latest series starts with the story of a cheer team at Navarro College, a junior college in the small town of Corsicana, Texas. Navarro Cheer has been one of the top teams in the country over the past decade. The docuseries follows members of the team driven by their coach Monica Aldama, who turned Navarro into a winning program. Thus it attracts the best cheer athletes from all over the country. Also read: Netflix's romantic thriller 'You' confirmed for season 3?

While cheerleading looks fun for the viewers, the Netflix docuseries really tries to show how much effort goes into the full act.

The show also opens the doors to other aspects of cheerleading as it shows how girls and boys both obsess over their physical attributes -- girls show skin and want to be perfect with no fat on their bodies while the boys want to be ripped and pumping iron.

The Netflix series ‘Cheer’ is now streaming and has six episodes.