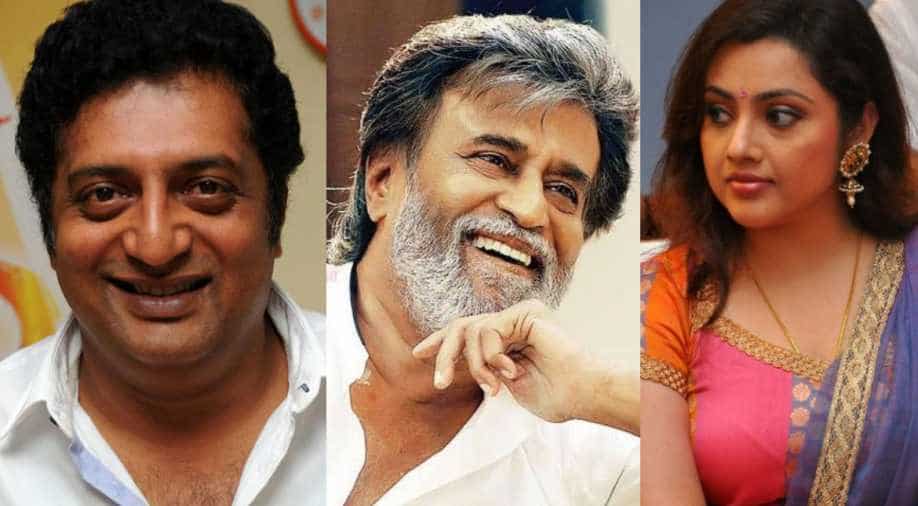 Prakash Raj will be seen alongside Rajinikanth in 'Thalaivar 168' after a gap of 30 years. Photograph:( Twitter )

Just yesterday, it was announced that Keerthy Suresh will be seen opposite Rajinikanth in the film.

In a new update, makers recently announced that stellar actors Prakash Raj and Meena will be joining Rajinikanth starrer ‘Thalaivar 168’. This news comes after a day it was announced that Keerthy Suresh will play a key role in the film too. She had shared the news on social media as she was excited to announce her collaboration with superstar Rajinikanth.

Meanwhile, Prakash Raj and Meena are the latest additions to the film. Prakash will be seen with Rajinikanth after a long gap of 20 years. He made a cameo appearance in director KS Ravikumar’s blockbuster ‘Padayappa’, which came out in 1999.

Meena was last seen in Rajinikanth’s ‘Kuselan’, which came out in 2008.

‘Thalaivar 168’ is bankrolled by Sun Pictures that has been making all the announcements and sharing details of the film.

This is the first time when Rajinikanth will be working with director Siva.