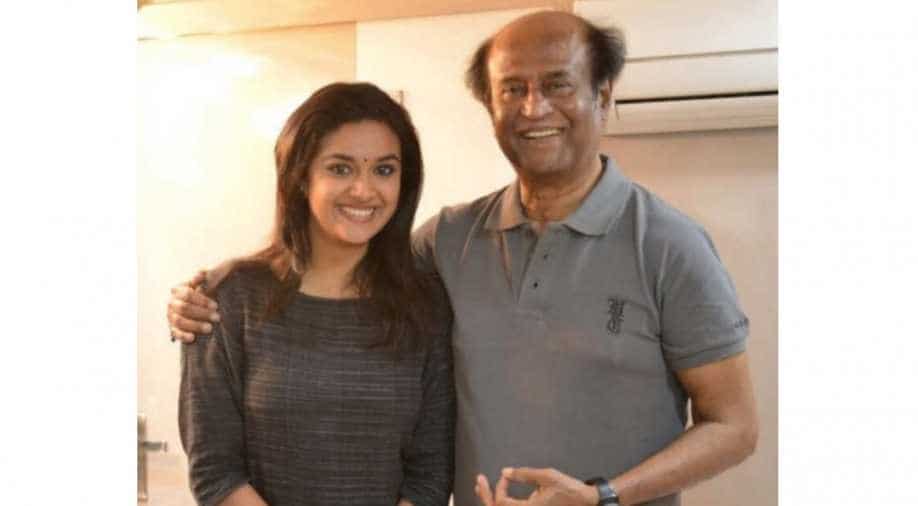 It’s official! Keerthy Suresh has been confirmed to play the leading role opposite Rajinikanth in the upcoming film ‘Thalaivar 168’. The film will be helmed by Siva and has been in the news ever since it was announced.

Sun Pictures announced the news on their Twitter profile. They are producing the film.

We are delighted to announce that for the first time, @KeerthyOfficial will be acting with Superstar @rajinikanth in #Thalaivar168
@directorsiva#KeerthyInThalaivar168 pic.twitter.com/sy4uba5DNd

Extremely happy to announce this magical milestone in my journey .
From being awe struck of @rajinikanth sir to sharing screen space with him will be my most cherished memory in my life. Thank you @directorsiva sir @sunpictures 😊🙏🏻#Thalaivar168

‘Thalaivar 168’ will have music by D Imman and is slated to release in Diwali 2020. It will go on floors on the date of Rajinikanth’s birthday, that is, December 12.

Keerthy Suresh, a National Award-winning actress made her Tamil debut with Sivakarthikeyan starrer 'Rajini Murugan' in 2016. She has since then worked with top Tamil stars including Dhanush, Vijay, Suriya and Vikram. ‘Thalaivar 168’ will be her first film with Rajinikanth.