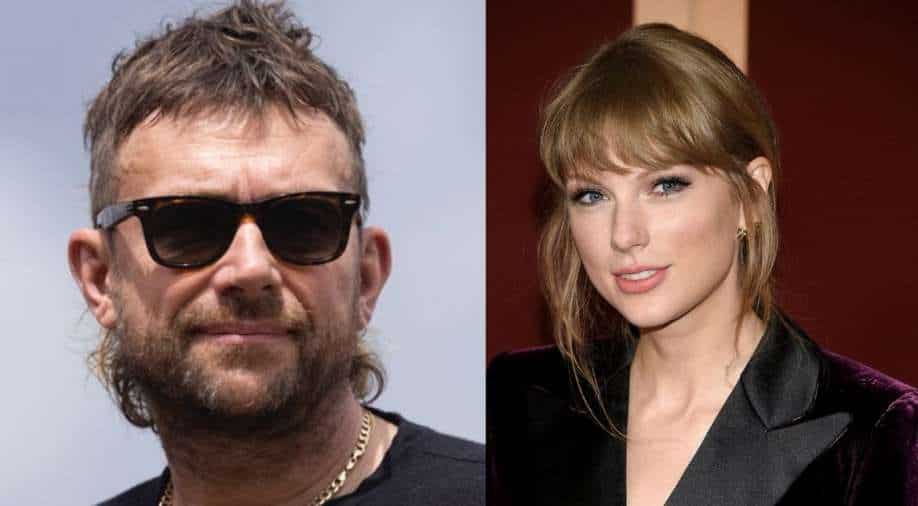 Bad blood between Taylor Swift and 'Blur' lead singer Damon Albern over songwriting comments after the latter claimed that she doesn't write her own songs.

Taylor Swift did not take this lying down as Damon Albarn, lead singer of ‘Blur’, claimed recently that she doesn’t write her own songs and that he prefers Billie Eilish over her.

In an interview, Damon said he prefers Billie Eilish as she’s a ‘really interesting songwriter” and "I'm more attracted to that than to Taylor Swift. It's just darker - less endlessly upbeat. Way more minor and odd. I think she's exceptional."

When it was pointed out that Taylor Swift co-writes all her music, Damon said, "That doesn't count. I know what co-writing is. Co-writing is very different to writing. I'm not hating on anybody, I'm just saying there's a big difference between a songwriter and a songwriter who co-writes."

Taylor Swift hit it out at him and said, "I was such a big fan of yours until I saw this. I write all of my own songs. Your hot take is completely false and so damaging."

Damon Albarn later apologised, writing to Swift on Twitter: "I totally agree with you. I had a conversation about songwriting and sadly it was reduced to clickbait. I apologise unreservedly and unconditionally. The last thing I would want to do is discredit your songwriting. I hope you understand."

This is not the first time when Damon has caused a stir with his comments. Earlier, he called Adele “insecure” after they had worked together on music that never got released. He later denied ever calling her that.

Also see: Celebrities Vs Celebrities! 7 most dramatic feuds in the history of Hollywood