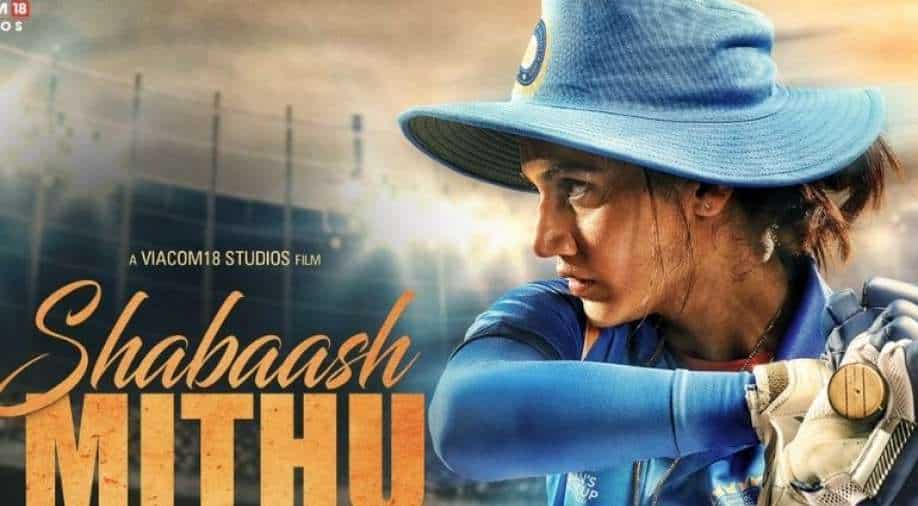 The film chronicles the highs and lows, setbacks and key moments of Mithali Raj life and career.

Taapsee Pannu starrer biopic `Shabaash Mithu` has a release date now. The movie, which is based on the former captain of the Indian Women’s Cricket team, Mithali Raj, will release on February 4, 2022.

Marking Mithali's birthday, the makers of the sports biopic have unveiled the first look poster of the movie and it will surely win your heart.

In the first look poster, Taapsee is seen striking a pose with the bat on the cricket ground in her cricket uniform.

Taking to her Instagram handle, Pannu shared the first look and wrote, “I have always been asked who’s your favourite male cricketer but you should ask them who their favourite female cricketer is.” The statement that made every cricket lover pause n introspects that do they love the game or the gender playing it. Skipper, u will be the ultimate ‘Game Changer’ ! @mithaliraj #ShabaashMithu @rahulpdholakia @viacom18studios #AjitAndhare @priyaaven’'

The film chronicles the highs and lows, setbacks and key moments of Mithali's life. Vijay Raaz will be seen in a key role in the film.

'Shabaash Mithu` is the coming-of-age tale of women`s cricket in India as witnessed by the most successful woman cricketer the country has ever seen.

The movie is directed by Srijit Mukherji with the script written by Priya Aven, the movie is produced by Viacom18 Studios.