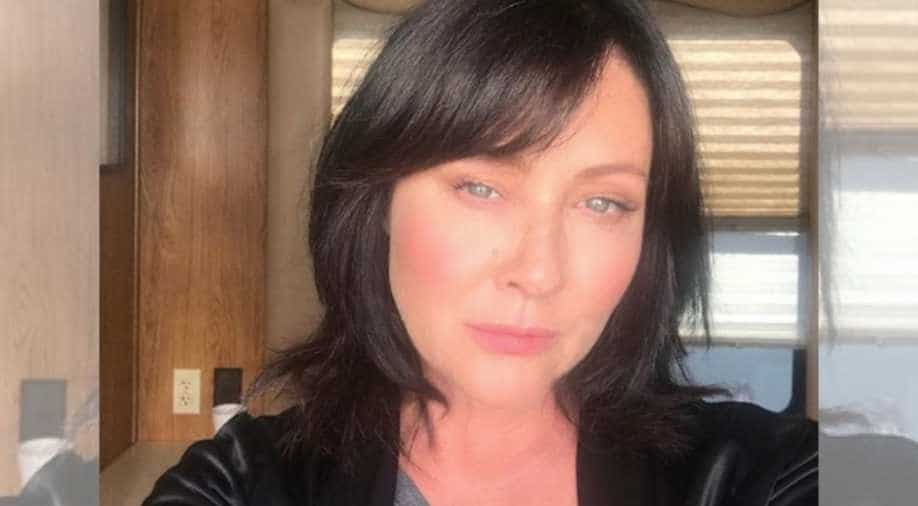 Shannen made the revelation on ABC’s ‘Good Morning America’.

In a sad news update from Hollywood, Shannen Doherty revealed that her cancer has returned and it’s at stage 4. This typically means that the cancer has progressed and has spread to different parts of her body.

Shannen made the revelation on ABC’s ‘Good Morning America’.

In the lawsuit filed last year, Shannen alleges that the insurance company has been extremely slow in paying out her $1.4 million claim over the “severe” fire and smoke damage her Malibu home sustained in the November 2018 Woolsey Fire. Her attorney claims that because of the insurance company, she has not been able to go back to her home where she would like to peacefully live out “her remaining years.”

Shannen Doherty expressed her desire to get “control of the narrative” over her diagnosis, which she knew would be revealed in the new court filings.

“It’s going to come out in a matter of days or a week that — I’m stage 4. So my cancer came back. And that’s why I’m here,” Doherty told ABC. “I don’t think I’ve processed it. It’s a bitter pill to swallow in a lot of ways.”

Ct scan to do mapping for radiation plan. This scared me so much. Not sure why. Was supposed to get it with contrast but the minute they started looking at which vein to use I started crying. Full panic attack. Sometimes, you just get sick of being poked. And that's ok. I cried. I felt sorry for myself for a minute. Then stopped and reminded myself of how lucky I am. Thank God my new radiation oncologist decided to try without contrast so I would calm down. So.... one panic attack down and mapping done!! Now to actually start radiation... #cancerslayer #warrior #fightlikeagirl #blessed