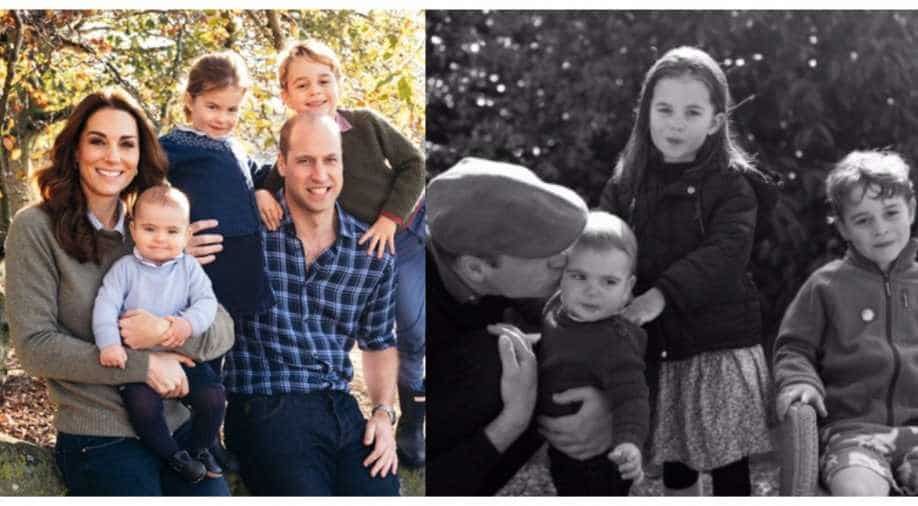 The British royals, previously, shared a sepia-tinted Christmas card featuring their family on a vintage motorbike.

After Prince Harry and Meghan Markle shared their first Christmas card featuring their firstborn child, baby Archie in a gif; the elder brother’s family was not far from upping the game with yet another Christmas card that is full of kisses, quite literally!

Prince William and Kate Middleton shared a new Christmas card in which the former can be seen kissing the couple’s youngest child, Prince Louis while his elder siblings look on in a black and white photo. The mother of the children is missing from the photo but don’t think otherwise as she is the one behind the camera. Kate, has on previous occasions, admitted her love for photography. She studied photography during her college days.

🎄 Merry Christmas to all our followers!

This photograph of The Duke of Cambridge, Prince George, Princess Charlotte and Prince Louis was taken by The Duchess of Cambridge in Norfolk earlier this year. pic.twitter.com/40j3Xg36Q4

They shared the photo captioned, “Merry Christmas to all our followers!”

The Christmas card comes a week apart from their first card of 2019. The first card featured all five members as the kids parked themselves on a vintage motorbike while the parents gleam with happiness.

The new Christmas card, however, wins on candidness as the seniour royal can be seen planting a kiss in a less formal setup.

Yesterday, Prince Harry and Meghan Markle released their first Christmas card that features them in the background while baby Archie stares into the camera head on.

While Prince William and his family celebrate Christmas at their country home  which is on the Queen’s Sandringham Estate while the younger brother’s family, Harry and Meghan are in the United States with Meghan’s mother, Doria.