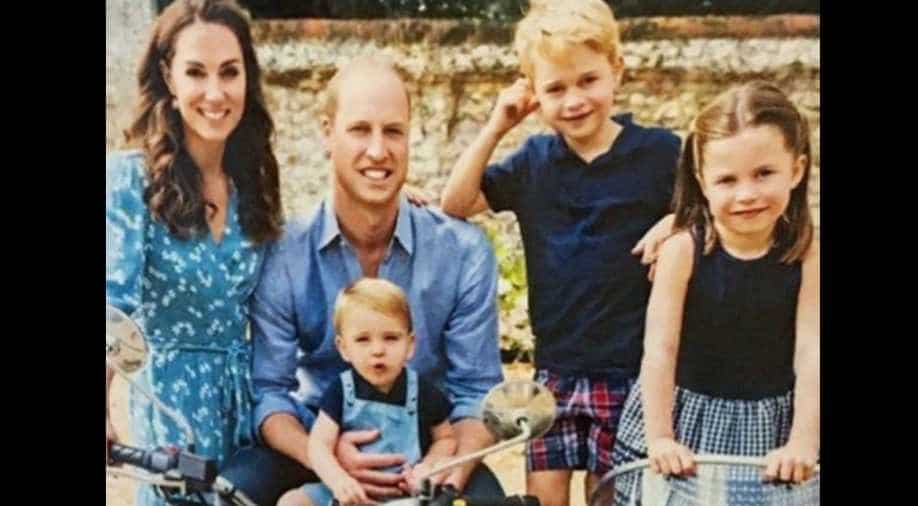 Revealed yesterday, the card reeks of vintage charm with the photograph coloured in sepia tone.

It was a classic Cambridge Christmas with vintage motorbike and lots of smiles as the Duke and Duchess of Cambridge unveiled a happy family picture as part of their 2019 Christmas card.

Revealed yesterday, the card reeks of vintage charm with the photograph coloured in sepia tone and all family members, Duke and Duchess with the kids, grinning in the official photo.

The Christmas card is usually released by the Kensington Palace's official social media account but this time it came from Air Commodore Dawn McCafferty CBE RARF on Twitter, who has now deleted it. So we can't really say if this is the official Christmas card or can we expect more.

In the picture, Kate Middleton can be seen holding on to the handlebars of a vintage motorbike. She can be seen wearing a baby blue and white printed wrap dress with quarter sleeves by Boden. To complete the look, she can be seen in miniature drop earrings and unkempt hair.

Last year, the royal family had shared a cute Christmas card on December 14, 2018. The photo saw them posing outdoors at Anmer Hall in Norfolk, England.