Me Too: Sona Mohapatra lashes out at Sonu Nigam for speaking in defence of Anu Malik 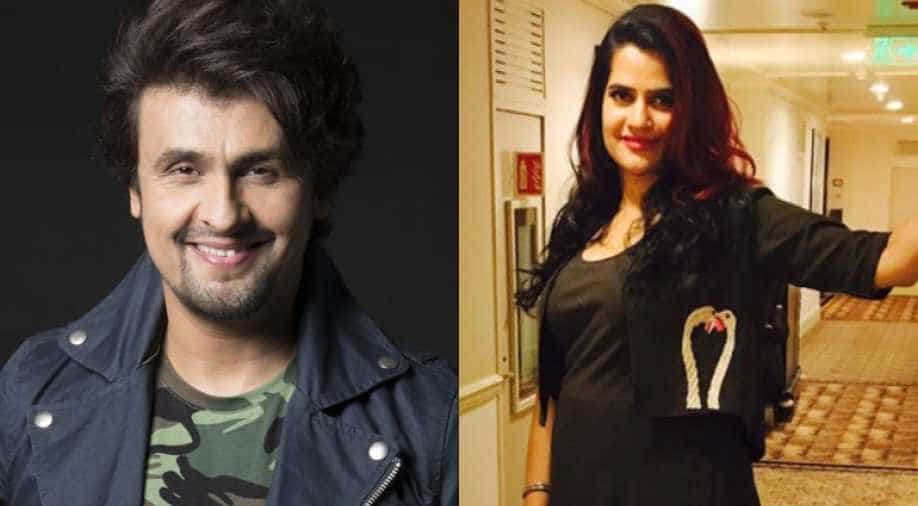 At a recent event, Sonu said that it was not right to blame Anu Malik of sexual misconduct without any proof. "If you say, `Anu Malik met me this morning`, that`s fine. You accused him without any proof; let`s accept that too. Had he (Anu Malik) wanted to say anything, he could have said a lot. But he did not," said the singer.

"If I say that you misbehaved with me, you will ask me for proof. But there`s no proof, right? Despite that, people are respecting the accusers, who are tarnishing Anu Malik`s name. But how can you ban him? How can you snatch his bread and butter? How can you torture his family?" argued Sonu.

Hitting back at Sonu, Sona Mohapatra tweeted, "So much sympathy for a millionaire losing work? So much empathy for his privileged family being `tortured`? How about scores of girls and women he tortured? Multiple testimonies, not proof enough?"

& so much sympathy for a millionaire losing work? So much empathy for his privileged family being ‘tortured’?How about the scores of girls & women he tortured?Multiple testimonies not proof enough? @IndiaMeToo https://t.co/Yxuh9obMbO

"Not 1 but possibly 100 plus women and men can attest to Anu Malik`s deplorable abusive behaviour. I guess Mr. Sonu Nigam expects all these women/underage girls to - a)strap recording devices b) carry spy cams, other proof-gathering devices because they have much to benefit defaming him?"

Now, in a statement on Thursday, the singer said, "The respectable lady vomiting on Twitter, is the wife of someone who I consider very close to me, so although she's has forgotten the relationship, I'd like to maintain the decorum."

Nigam said women with courage shaming their oppressors is a "refreshing" change.

"Only an animal will not support #MeToo movement. Women with frankness and courage, shaming their oppressors, is a refreshing sign of changing times.

"Women have been long oppressed throughout the course of history and it's high time to end this Tribal mindset of treating them like properties or trophies, and now they walk hand in hand and shoulder to shoulder with men," he added.

Malik has repeatedly denied all the allegations. His lawyer had even stated at the time that the #MeToo movement was being used for his client's "character assassination".
Following the allegations, the music composer stepped down as a jury member from 'Indian Idol', a singing reality show of which he was part since its inception in 2004.
Mohapatra was quick to hit back at Nigam.

"So, now, my identity has become 'wife'. Not only does your reporter refer to me as that, so does the defender of a serial sexual predator. Big hurray for the boys club & big hurrah to patriarchy, not," she wrote while tagging news report on the matter.

Amitabh Bachchan shoots for a jewellery brand along with wife Jaya and daughter Shweta, see pics