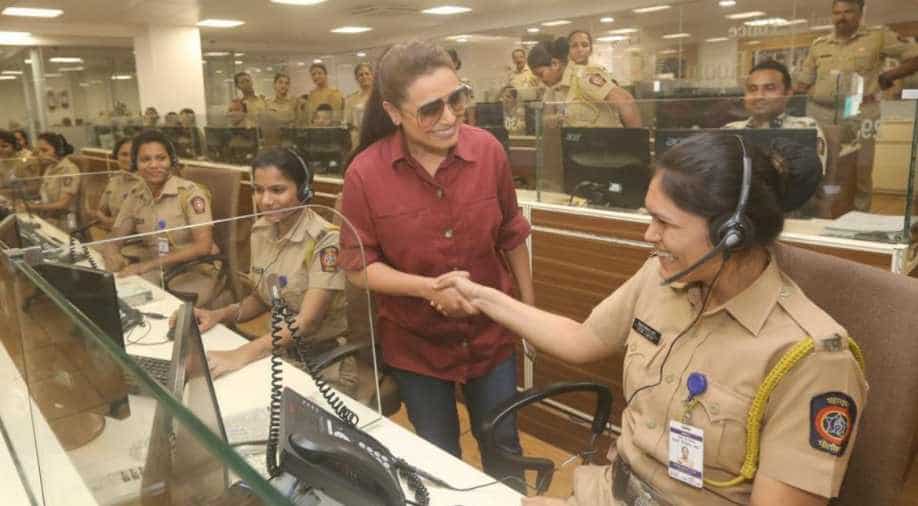 'Mardaani 2' is set to hit theatres on December 13.

Rani Mukerji was left stumped today when she made a visit to Mumbai’s police control room as she met with both men and women police officers. Ahead of her cop film release, Rani has been seen meeting up with women police officers, getting to know them more and discussing how she understands their work more personally having played a complicated character like hers in the film.

Rani said, “I’m speechless seeing the sheer amount of work that is being put in by the cops every single day to keep us safe. Police officials are going about doing their job in the most professional, methodical and selfless manner and it is really eye-opening to see just how much they endure to ensure that we are secure.”

On how she felt after meeting with the police officers, Rani said, “It was extremely informative and educative for me to visit the PCR (Police Control Room) because I learned so much about what goes in to keeping our women and daughters safe in the times when the nature of crime is becoming severely complex with the rise of technology.”

She added, “It takes an incredible amount of work to keep crimes at check and I thank the police force with all my heart for their dedication and passion to keep their countrymen safe and sound.”

A couple of days ago, Rani had also met with a special night patrol team of women officers.

As the film deals with cybercrime and how the police respond to such cases, a member of the women police team deputed at the PCR said, “The issue of cyber-crime is very important to us and it’s a big threat to the youth. We have a swift response team that reaches out to the platforms immediately through our official email addresses to pull down the content that is getting viral. We then immediately lodge an FIR and get to the bottom of the crime committed.”

‘Mardaani 2’ will bring back Rani Mukerji’s fearless cop, Superintendent of Police, Shivani Shivaji Roy. The first film in the series, ‘Mardaani’ was a massive success.

Produced by Aditya Chopra, ‘Mardaani 2’ is set to hit theatres on December 13 and will be one of the few films that will close the year.