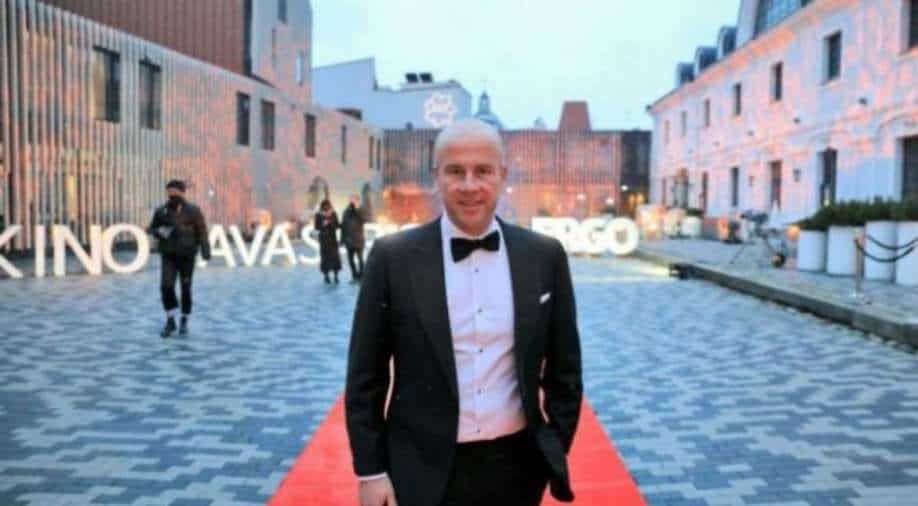 Organisers of the International Vilnius Film Festival, which began this week, are inviting residents of the capital to check into one of its hotels to watch the films beamed to their rooms.

With Lithuania's cinemas still shut due to the pandemic, local movie-lovers will be able to enjoy a cherished film festival in a novel way -- from the comfort of a hotel room.

Organisers of the International Vilnius Film Festival, which began this week, are inviting residents of the capital to check into one of its hotels to watch the films beamed to their rooms.

"Some 200 rooms were booked in hotels for an opening night and they are almost sold out for weekends,", he said, before greeting guests in dinner jackets and dresses for their tailor-made festival experience.

The hotel rooms are decorated with festival signs and there is a hand-written postcard from the organisers.

"I did not miss a single Vilnius film festival in the last decade and cannot miss this one. And this year it offers a once-in-a-lifetime experience," she told AFP in her room, as she settled in to watch the opening ceremony online.

Lithuanian actor Gabija Siurbyte, another festival fan, said the experience will be helpful towards returning to the habit of leaving home to watch movies when the pandemic ends.

"It felt so good to open a wardrobe for a dinner dress and put on heels again," she said at hotel PACAI, a converted 17th-century palace located in the heart of Vilnius's baroque old town.

Last year's edition of the festival had to switch to an online-only format and organisers had been hopeful that the 26th edition in 2021 could be different.

But cinemas in Lithuania have been shut since November.

For Dagne Vildziunaite, who produced "People We Know Are Confused", a drama about life in Vilnius, the event was a sign of much needed solidarity.

"The feeling is rather strange as we would like to have a usual festival. But we decided to move ahead with the premiere in a show of solidarity to the festival and actors," she told AFP.