WION exclusive! Raftaar: I choose to mentor young rappers as I never had one during my time 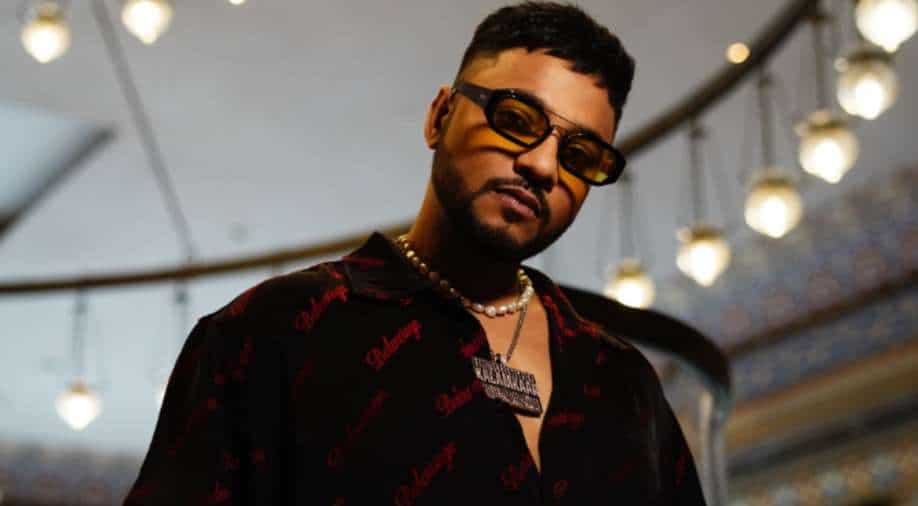 In an exclusive interview with WION, Raftaar shares his hopes and aspirations for his upcoming birthday (November 16), why he does not bother with the so-called diss tracks in India, among other things. Read on!

Trust us when we say that there are very few people in showbiz half as honest and real as rapper Raftaar, otherwise known as Dilin Nair. The celebrated rapper, who is well-aware of his popularity in India as well as the international music scene, vows to keep it real: famous or not. "If I lie or try to be diplomatic, you will catch me. So, why lie at all?" he reasons.

In an exclusive interview with WION, the say-it-as-it-is musician shares his hopes and aspirations for his upcoming birthday (November 16), shares he is not bothered about the so-called diss tracks in India, why he does not want to lend his voice to any celebrity at the moment and reveals the sweetest thing he has done for his mother: act!

Unedited excerpts from our conversations from the OG of hip-hop in India. Read on:

WION: Your new number, 'Ghana Kasoota', is such a fun and upbeat number. Tell us about the inspiration behind that?

RAFTAAR: Yahin tha inspiration (chuckles!) It is the party season, wedding season and the inspiration behind 'Ghana Kasoota' was that everybody gets together, have fun and enjoy after being homebound due to two years of pandemic. I mean people are finally getting out (of their homes). So, bringing people together and letting them enjoy the festive/ party season together is what we were aiming for.

Also read: Exclusive: Dwayne Johnson- Shooting 'Red Notice' during COVID-19 was challenging, but we rallied together

WION: You have an amazing chemistry with TV actor Surbhi Jyoti in the music video. How was it teaming up with someone from a completely different field?

WION: Your birthday is just round the corner. Your hopes and aspirations for the  coming year?

RAFTAAR: My hopes for the coming year are very simple: I don't want to go through (again) what happened in the last two years. I don't want history repeating itself. I want people to be safe, I want people to have a good time with their families. I want us to have a positive life as a community. That'[s what I truly hope for, man. I am really looking forward to rebuild and reconnect.

WION: If you could, what advice would you give to your younger self? 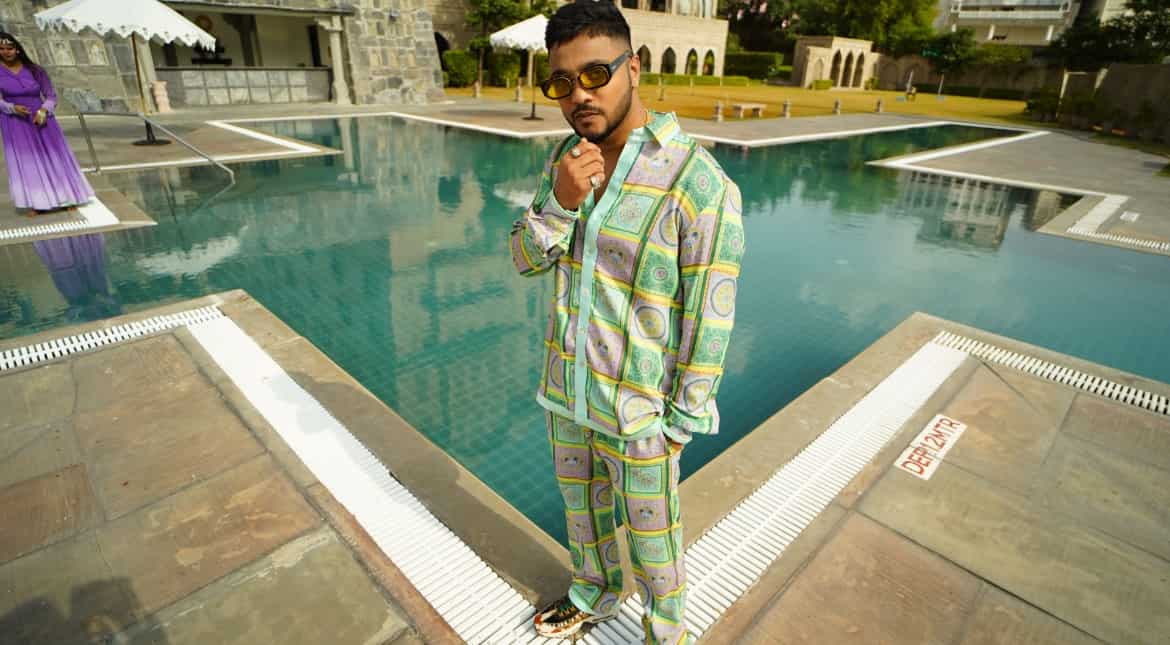 WION: I was talking to Karma just the other day, and he told me you are more than a mentor: you are like a brother to him. And that's been something that I keep hearing about you. How do you react to the fact that you, while you are on your own path, have inspired so many along the way?

RAFTAAR: I feel really nice (knowing this). I feel like I am doing the duty of an elder brother. And I think I am playing that role really well and that makes me a very happy person. That's all I care about. I didn't have a mentor or an elder brother-like figure in my life in the beginning (of my career) and I have always wished I had one. So, why not be one in someone else's life?

WION: I have interviewed you in the past, and have always maintained that you are someone who is not afraid to speak his truth. I mean, despite being at the peak of your career, why is being truthful, raw and real about your humble beginnings so important to you?

RAFTAAR: I mean it is really important to me when I talk to someone like you because whenever I talk to you (referring to journalists as one unit), you guys say, 'Raftaar, you are at the peak of your career.' And I have been listening to this statement for the last seven years now and I am so glad that this thought about me hasn't changed with time. You interview so many people that if any of the artists lie or try to be 'politically correct'--hain naa, jaise diplomatic types (like those diplomatic types)--you can easily catch it. So, why lie at all?

WION: I know you have touched upon the topic of diss-track culture among Indian rappers in the past. But, despite it being entertaining, sometimes, it does get borderline unpleasant. Do you think attacking one another through music takes away from the seriousness of your music?

RAFTAAR: See, to elaborate on this, I will give you a simple example. When tobacco was first introduced, it was promoted by some left and right. It was the only way to feel like a gentleman, at least that's what some thought. No one knew about its drawbacks. Wahin same cheez diss track ke saath India main hua (That's exactly what has happened to diss tracks in India, too). When  it came here first, people saw the fun aspect of it only. People saw two artists fighting through tracks and liked it; we have Gladiator (the movie) mindset (laughs!) Historically, people are like that. They enjoy when something new, entertaining and scandalous comes to town. But, now, people have started the bad side of it. Because, through diss tracks, artists say misleading things, use it to their advantage. Now, it has died down. The whole b**chy drama behind the diss-track culture has come down to a great extent. It will soon become a normal part of society. Yes, this is rap, but people have started to understand between what is good and bad (lyrics-wise). Baaki toh koi kuch bhi kar sakta hai. You can't stop people from doing what they want to do. Just that people need to know the difference between right and wrong (kind of diss tracks). 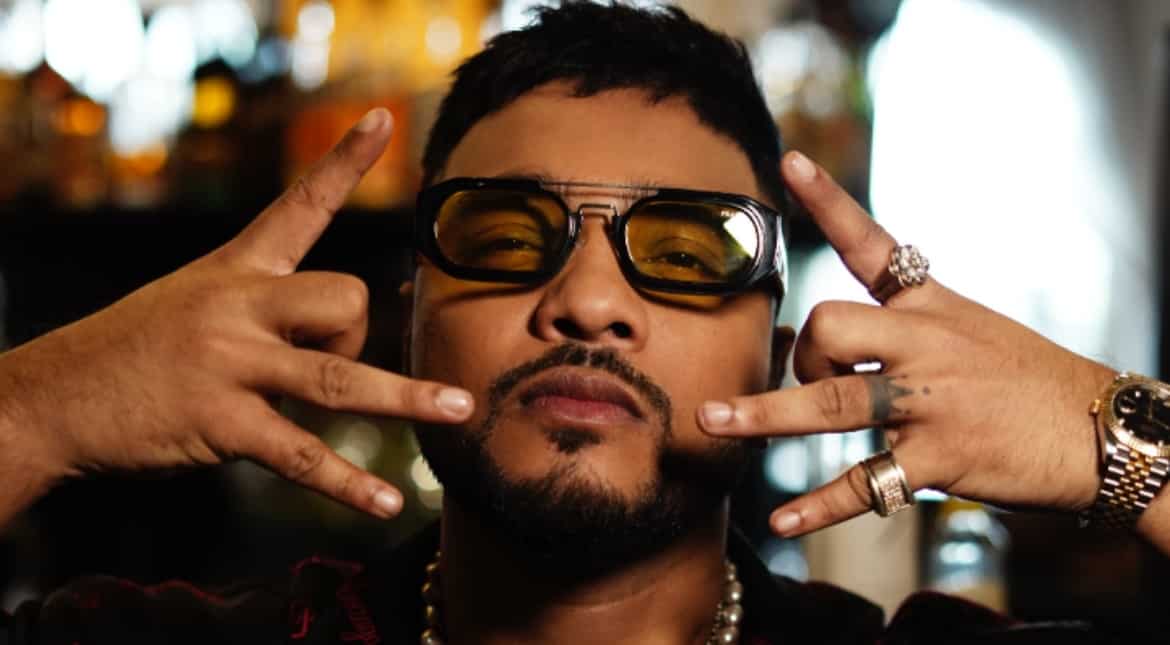 WION: We all have our dream list, our Before-I-Die-I-Want-To-Do-This list. Who all feature in yours: both from Bollywood and internationally?

RAFTAAR: Now, really, honestly, I am looking forward to voicing a cartoon character. No stars, no artists. I want to be the voice for an animated character. Because that world (of cartoons) is directly connected to children and I want to talk to the new generation. So, that, I think, will be a very good break from what I have been doing so far.

WION: Is anything in the pipeline?

RAFTAAR: Yeah, I mean I have just developed a video game with a company. I feel through his I can get there eventually. It's one of the goals now.

WION: Also, you are making a brief appearance on an Indian daily soap. How did that gig come along and how are you preparing for that?

RAFTAAR: Yeah yeah yeah... Me and Rashmeet (Kaur, singer) are coming on 'Bade Achhe Lagte Hain Season 2'. Mereko unlogo ne dialogues bhi diye hai (They have given me dialogues, too). I was not aware of that and that was the surprise element for me. I play Ram's friend in the cameo, who is the lead character in the show. It is a Karwa Chauth function and we go there to perform and promote the new song. You know, that's the real story behind it but somehow people can mix two different forms of entertainment and make it into one. I don't know who came up with the idea but I was really excited because I like trying out new things. I like to add new feathers to my cap: ki maine yeh  bhi kiya, woh bhi kiya (I did this, I did that.) It is one of those things you do for your mother. I was like, 'Mumma, you watch a lot of serials and see now I have acted in one.' It is for my mom. 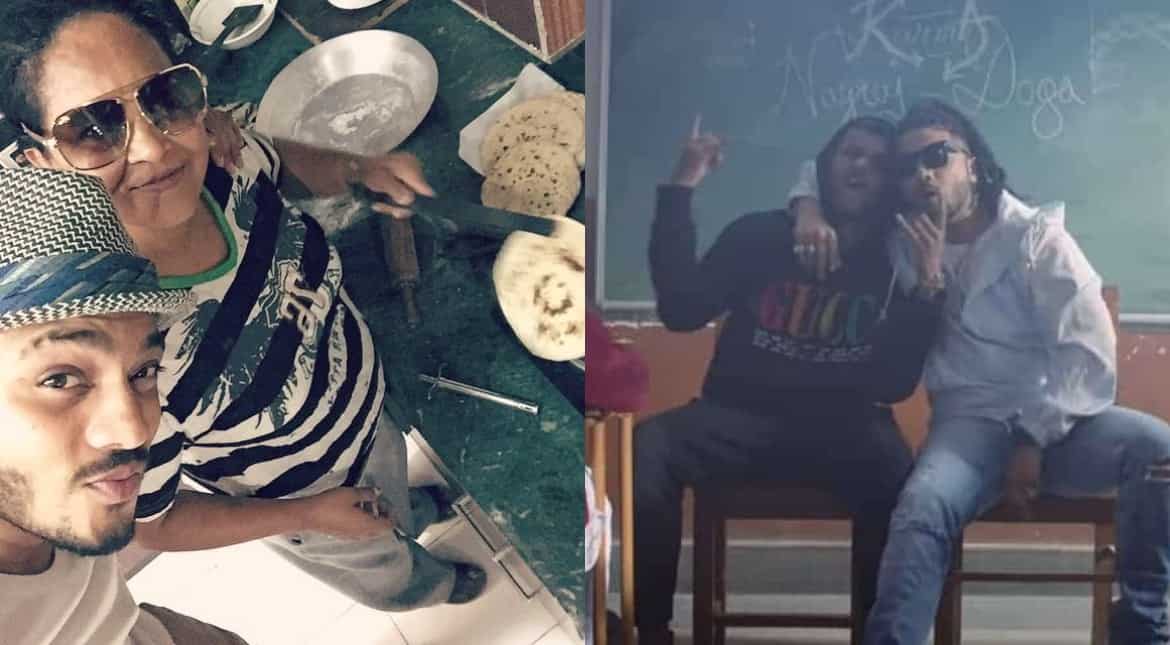 WION: So, somewhere down the line, would you like to play a proper Bollywood hero in a feature film?

RAFTAAR: I can say this with conviction that I can play a character role and I can really work on it. It's not like I will just show up on set: I shall take workshops. But, I feel I can definitely do it. So, if somehting comes along, then why not?!

WION: Do you have some genuine interest in acting?

RAFTAAR: I am an artist and I am always interested in anything artistic. In music videos, we do act. Right?

Check out his latest track here: