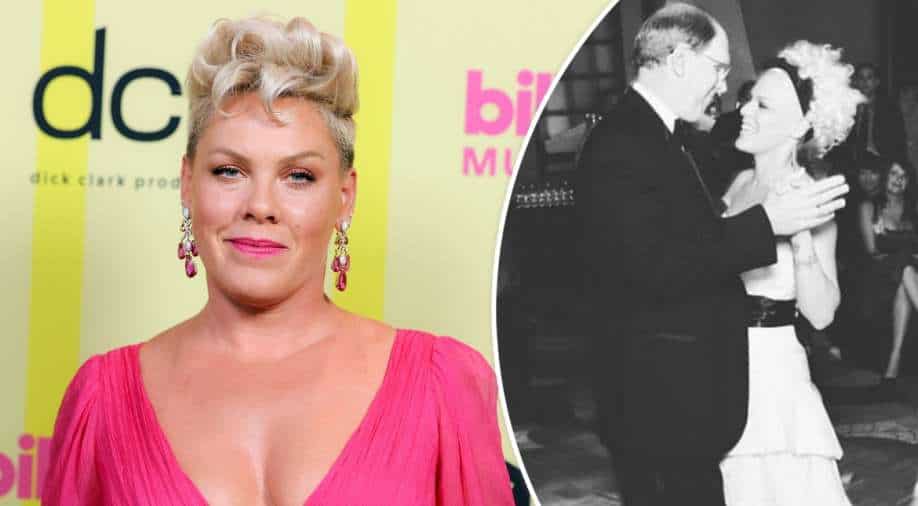 In her post, American singer Pink expressed her sadness over the death of her father Jim Moore and how she is not ready to accept that he is gone. Moore was a Vietnam war veteran.

In a sweet yet emotional birthday post, American singer-performer Pink has paid tribute to her dead father Jim Moore on what would have been his 76th birthday.

On Friday, the 'Just Give Me A Reason' singer's father would have turned 76 and Pink celebrated the special occasion by sharing a heartfelt note on her Instagram account.

In her post, she expressed her sadness over his death and how she is not ready to accept that he is gone. She said that she got to know him for 42 years only.

"That’s a long time. That’s not that long. When I reach into my memories of us to try to understand our relationship I remember our fights first. Screaming. Crying. Misunderstanding And then like a parallel universe. Simultaneously I remember the way you would pat my hand and say 'aww' to remind me to be gentler. To remind me that I was nicer than that thing I said," said  Pink.

"I don’t even know that I can handle the cold hard truth that I miss you yet. I wanna still act like this is one of those times that I’m busy and not calling. I can’t feel this yet," she added.

"You would’ve been 76 today. And I’m ashamed to say that I’m not sure I remembered to send a card. You and i’s hearts have always been a bit broken. And you’re the only one that understood that without having to talk about it. I don’t know where you are. And therefore I don’t know where I am either.

Anyways. Happy birthday Daddy Sir. Gone but not forgotten. I won’t miss you yet. I’m not ready," read the later part of her post.

Jim Moore died in August after battling prostate cancer for a while. In July of 2020, the singer revealed that Moore had undergone his second round of chemotherapy for the deadly disease.