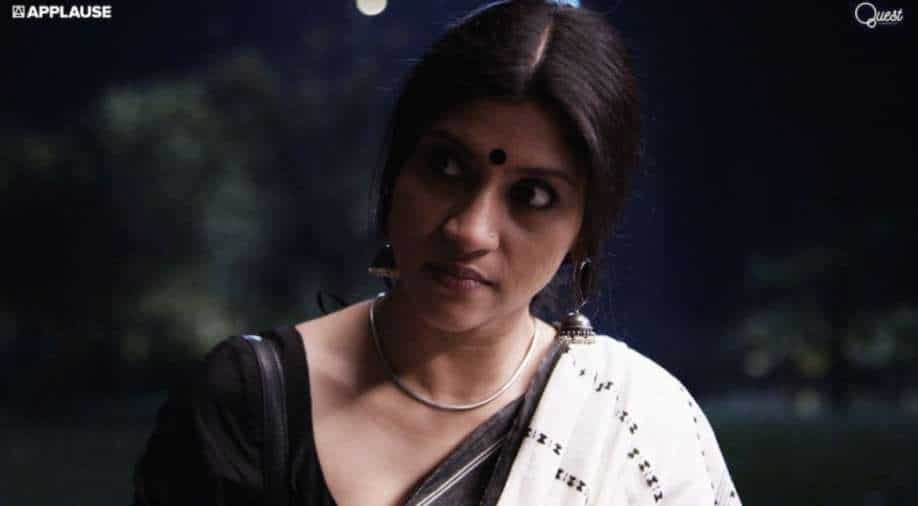 Konkana Sen Sharma in a still from 'The Rapist' Photograph:( Twitter )

Aparna Sen's directorial 'The Rapist', featuring Konkana Sen Sharma and Arjun Rampal, was one of the seven films nominated for the award this year.

Aparna Sen’s drama has won the Kim Jiseok Award at the film festival and had its world premiere recently under the A Window on Asian cinema category. Starring Konkana Sen Sharma, Arjun Rampal and Tanmay Dhanania, 'The Rapist' talks about crime and and punishment from the standpoint of class distinction prevalent in our society.

"I feel deeply humbled, grateful and overwhelmed as I accept this prestigious Kim Jiseok award. I would like to thank everyone at Busan IFF, the jury, the organisers and of course, the audience for conferring this honour upon me. This award has a special significance for me because I was in Busan as a jury member many years ago and I had the honour of meeting Mr. Kim in person. I was aware of Mr. Kim’s tireless, lifelong effort to promote Asian cinema throughout the worId. I take this opportunity to thank my producers and my very talented cast and crew who helped me make my vision a reality," said Aparna Sen in her post-win statement.

'The Rapist' was one of the seven films nominated for the award this year.