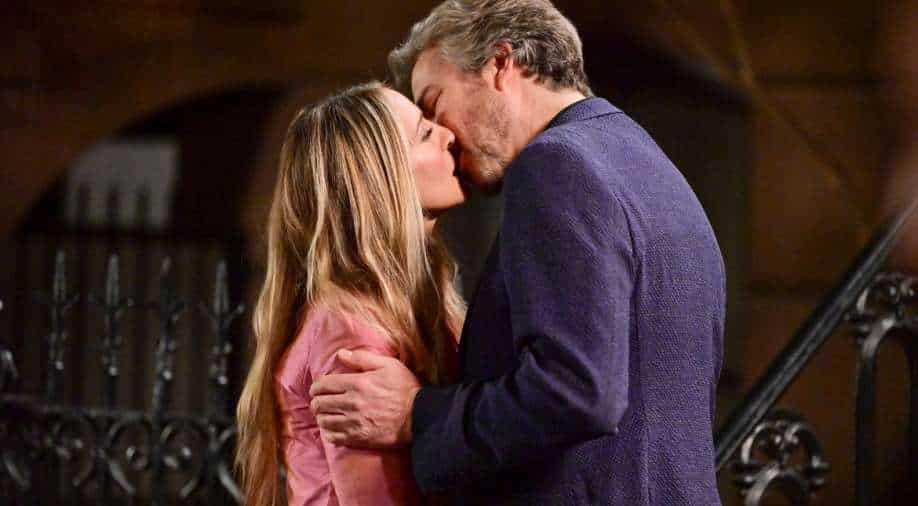 As per reports, Sarah Jessica Parker was spotted getting super close and cozy with Jon Tenney on the New York set of the 'Sex and the City' reboot on Wednesday.

Seems like 'And Just Like That'--the iconic 'Sex and the City' official reboot--is filled with twists and turns.

As per reports, Sarah Jessica Parker was spotted getting super close and cozy with Jon Tenney on the New York set of the 'Sex and the City' reboot on Wednesday.

The paparazzi caught them in an intimate moment, leaning forward for what definitely looked like a kiss. What made it all the more interesting that it happened near the famous Carrie Bradshaw brownstone.

As always, SJP was a stunner as Carrie in a floral dress and pink blazer, while Tenney sported a blue jacket, jeans and a polo.

HBO is yet to reveal the name of his character, or what's his role in the revival series.
Fans are now speculating whether things will be good between Mr. Big (Chris Noth) and Carrie in the upcoming show. Or, has this mystery character taken over our styliush writer's heart?

For the uninitiated, Noth's return to the reboot has been confirmed and he has been photographed multiple times with Parker. In fact, the recent teaser released by HBO Max showed the two being all lovey-dovey in their iconic kitchen setting.

On Thursday, Cynthia Nixon revealed on Instagram that she is directing an episode of the series.

"Roll camera! 🎥 I am thrilled to share that I am directing an episode of @JustLikeThatMax this season. It's been a complete dream to work with my beloved co-stars and crew in this new role. I have truly never felt so supported in my life. (And don't worry, Miranda is still going to be in the episode — it was surreal to do both at once!)," Nixon wrote.

Maybe Nixon could answer fan questions right away, or we are going to have to wait.