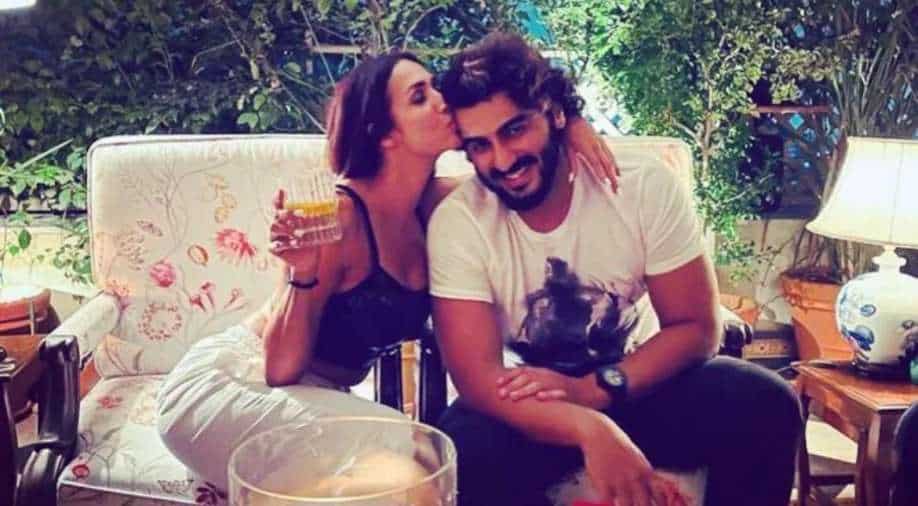 Model-turned-Bollywood actress, Malaika Arora, has turned 48 today and her loved ones made sure it's a special one.

And one of the sweetest birthday post to have been written about her came from her boyfriend of over three years, actor Arjun Kapoor.

On Instagram, he wrote, "On this day or any other all I want is to make you smile...May this year you smile the most." BTW can you guess who clicked the picture-perfect moment? It was none other than Malaika Arora's bestie Kareena Kapoor. In the comments section of Arjun's post: Kareena wrote: "I want photo credit Arjun kapoor ji."

Malaika Arora and Arjun Kapoor reportedly started dating in 2018. Malaika was previously married to actor-filmmaker Arbaaz Khan for over 19 years and got divorced in 2017. They have a son together, 18-year-old Arhaan, who lives abroad for higher studies.

Work-wise, Malaika Arora was last seen as one of the judges in the dance reality show, India's Best Dancer. She is known for being a fitness enthusiast and has made a name for herself in Bollywood with iconic dance performances to popular tracks such as 'Chaiya Chaiya', 'Munni Badnaam Hui', 'Anarkali Disco Chali' and 'Hello Hello'  to name a few.

She is currently the judge of 'Supermodel Of the Year 2' alongside Milind Soman and Anusha Dandekar.
On the other hand, Arjun Kapoor was recently seen in the horror comedy 'Bhoot Police' with Saif Ali Khan, Jacqueline Fernandez and Yami Gautam.

Earlier this year, the actor starred in 'Sandeep Aur Pinky Faraar' where he shared the screen with his first ever co-star, Parineeti Chopra. Kapoor was also seen in 'Sardar Ka Grandson'.

Last year, he featured in the period drama 'Panipat' alongside Kriti Sanon and Sanjay Dutt.