There are few films that strike the perfect balance between grandeur and spectacular storytelling; one’s always put in the back burner. Timothee Chalamet-Zendaya's ‘Dune’, however, will go down in history for its visual mastery and methodical recital.

He has these vivid dreams, then there’s the Voice (inherited from his Bene Gesserit mother Lady Jessica/ played by Rebecca Ferguson). But, is he— Paul Atreides (Timothée Chalamet)—The One who will rise above one and all, and cross the gates of heaven along with his tribe? 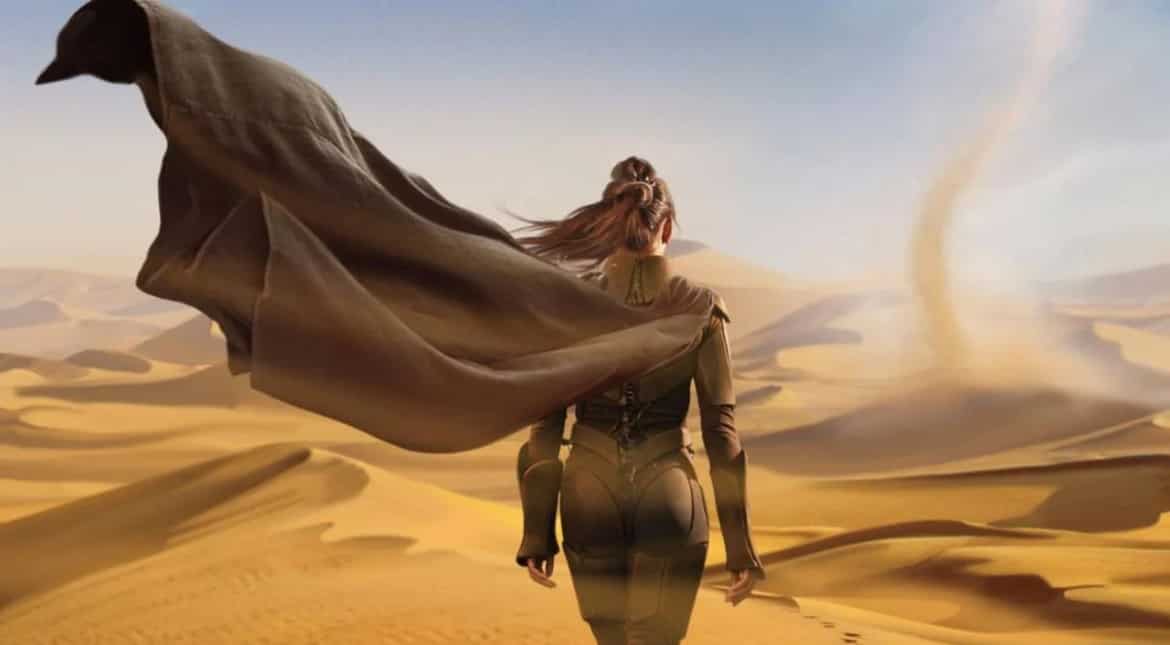 In a parallel universe, far ahead of our times, the noble House Atreides and its ruler Duke Leto Atreides I (Oscar Isaac) are off to the desert land of Arrakis, where a certain spice grows exclusively and they must source it for survival. However, this uprooting of the House and relocation is the Emperor’s command and obeying it means putting everyone in harm’s way: that being the House of Harkonnen and its treacherous techniques of snatching dominance.

Watching this visually exciting sci-fi flick felt like going back to learning the basics—through simple, coherent language Denis Villeneuve explains a rather complex Utopian premise. So, we have the interstellar called the Imperium that is inhabited by various Houses. Team A comprises the noble House of Atreides (led by a brooding Oscar Isaac) and Team B, of the evil presence of Harkonnens. Team C is led by Javier Bardem’s cameo-presence Stilgar. The story may have a futuristic spin to it, but, at its core, speaks volumes of man’s insatiable hunger for power and the levels of indignity it stoops down to for territorial victories. 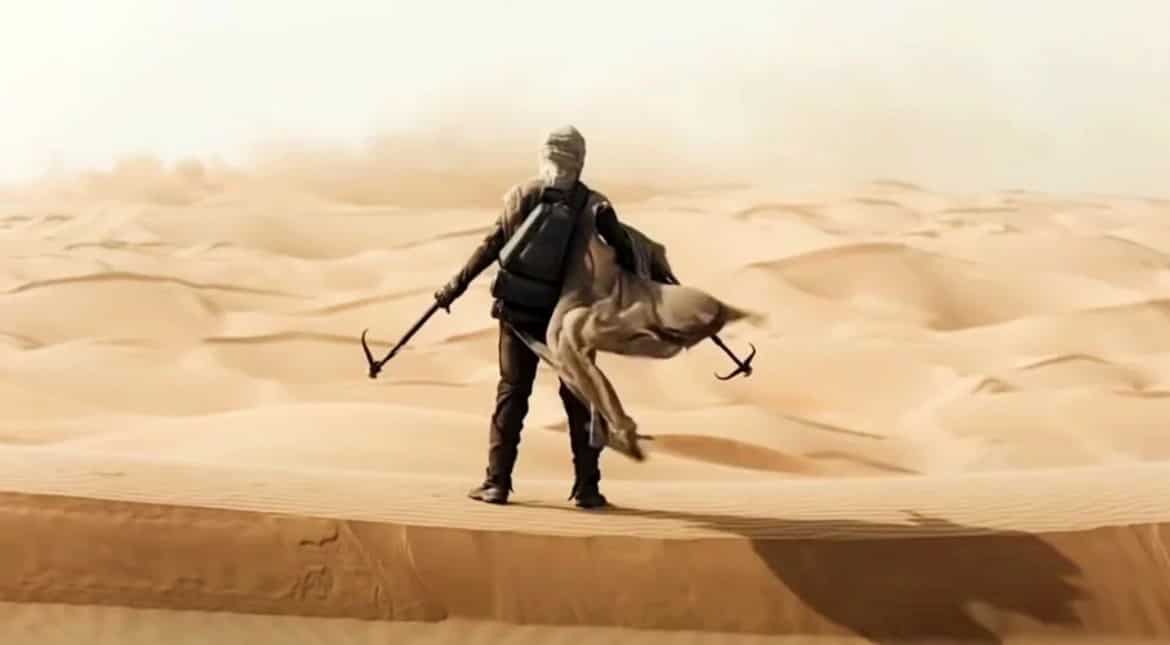 Quite evidently, in ‘Dune’, Villeneuve marries his innovative cutting edge technological ambitions with human endeavors that are universal and transcend space and time. Go beyond what’s on the periphery and the idea that this sci-fi is no less than a mirror image of society, quickly sets in. There’s war in the name of colonisation, future conflicts being conspired in the name of religion and authority, the instinct to survive against all odds—harsh desert conditions, coupled with lack of water and the scorching heat, serve as metaphors—and the mutilation of nature in the hands of us, mere mortals.

The enormous and oh-so-very-convincing props and the overall set up is amped up with Hans Zimmer's drama-heightening BGM (background score). 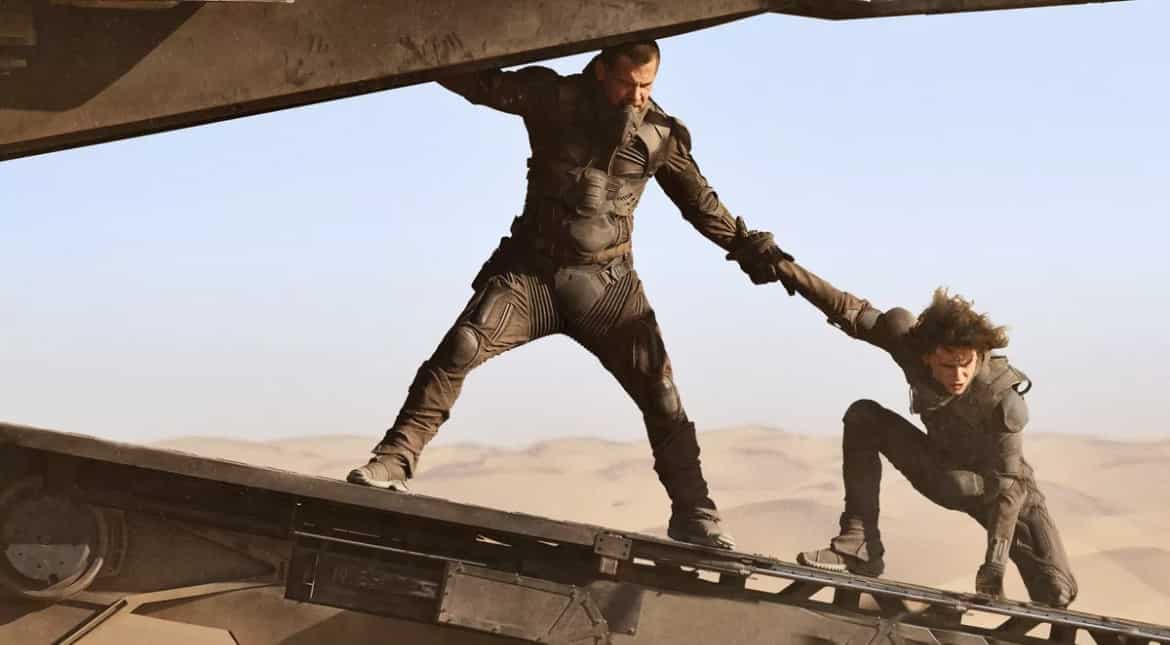 Frank Herbert’s Paul was about 15—give or take—in the book, and Timothée Chalamet, though in his early 20s, glides into his shoes with much ease, and complete conviction. As a young man torn between his father’s vision of his future and his innate desire to take risks, Chalamet maintains a restrained demeanour throughout. In one scene, just one, you see Paul’s pent-up frustration on his parents’ combined projection of their aspirations onto him trickle over. He screams—possibly looking for an outlet for all that his teenage mind cannot fathom—and retreat soon after. That’s the highlight of Chalamet’s presence in ‘Dune’. Rebecca Ferguson, Oscar Isaac, Josh Brolin and Jason Momoa are hard hitting in their respective parts—all akin, all agitated. Zendaya, more of a dream within a dream persona, is a lingering presence in her special guest-esque role.

There are few films that strike the perfect balance between grandeur and spectacular storytelling; one’s invariably put in the back burner. ‘Dune’, however, will go down in history for its visual mastery and methodical recital.