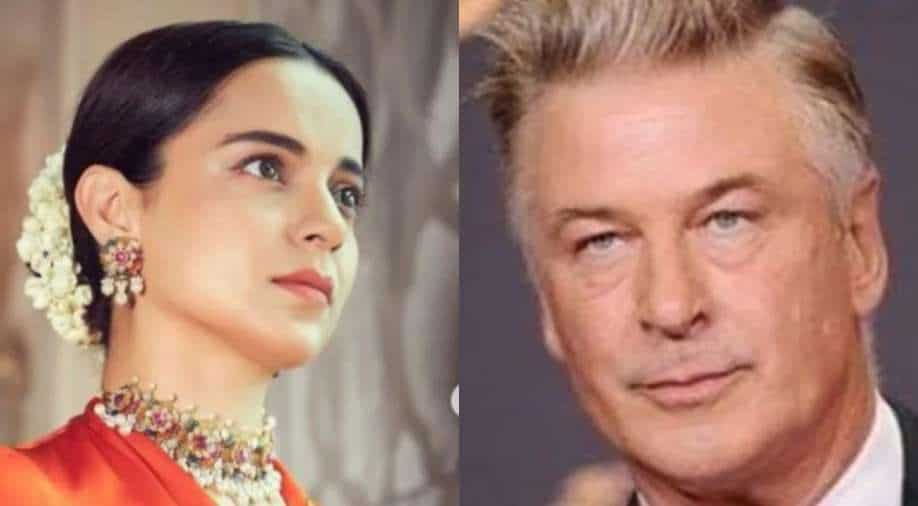 “This is so horrible!! Note for all the people working in films, dealing with various stunts, weapons and explosives… your mistakes can cause someone their life… tragic," said Kangana Ranaut.

Bollywood actress Kangana Ranaut has reacted to Hollywood star Alec Baldwin’s accidental gun firing incident on the set of his film ‘Rust’ that led to the tragic death of cinematographer Halyna Hutchins and injured the director after a prop gun—loaded with ammunition—accidently fired.

Kangana wrote on her Instagram stories, “This is so horrible!! Note for all the people working in films, dealing with various stunts, weapons and explosives… your mistakes can cause someone their life… tragic.”

“Today two people were shot on a film set one of them died immediately... like other leading actors, I too have had many accidents while filming stunts ... some of them were near death experiences and mostly it was someone else's carelessness ... many stuntmen and occasionally actors die on film sets every year... This is so wrong ... in Indian films action protocols prep and execution is even more primitive ... Hope our film bodies look in to it and prevent such mishaps” she added on her Instagram feed.

According to reports, Alec Baldwin was handed over a loaded gun by an assistant director during the shoot of the film. Minutes later, the actor fatally shot the cinematographer Halyna Hutchins that was loaded with ammunition. Following this, director Joel Souza was also injured in the accidental shooting.