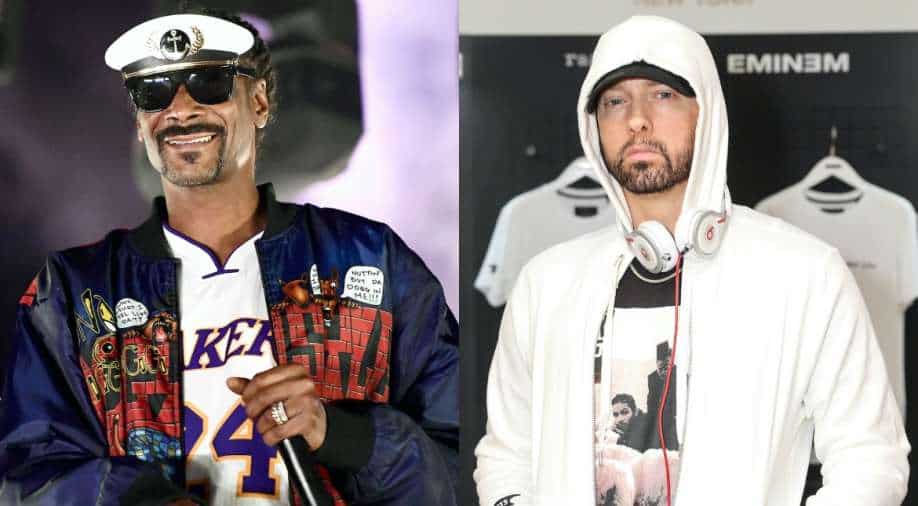 Snoop Dogg and Eminem are two of the best rappers in the world Photograph:( Instagram )

What bigger joy than seeing two of the biggest rappers of all time come together for a Super Bowl halftime performance? None!

Music legend Snoop Dogg was recently doing a Halloween special with friend and co-host Martha Stewart when he let out a few secrets about the big performance at the upcoming Super Bowl.

Also read: 'The Wire' is the greatest show of 21st century: Survey

When a journalist asked him about what's happening in that front, he reportedly said that talks are underway and they are expecting to give a good performance.

"Me, Dr. Dre, Eminem, had a light discussion about what we trying to do," he shared. "Its about to go full speed ahead."

"But I tell you, this it's gonna be one of the greatest Super Bowl halftime shows that you ever witnessed," he added. "Dr. Dre is on it. He's putting his time together with the specifics and the dynamics of what we're doing."

For those of you who are not in the know, rappers Snoop, Dr. Dre, Eminem, Mary J. Blige and Kendrick Lamar will be headlining the 2022 Super Bowl halftime show for Super Bowl LVI slated to take place on February 13 at SoFi Stadium in Inglewood, California.

Snoop went on to add that Stewart is "such a big fan of Eminem" and he's going to "finally" introduce her to him.

"I'm setting it up, Martha. I got you I got the VIP lounge, I got it all in my mind. I know how y'all gonna be, it's gonna be set up it's gonna be beautiful, I got this," he told his co-star, reportedly.

"I have loved Eminem ever since he was, you know, just beginning actually, and so I can't wait this is going to be fun. And I can't wait to see you perform, Snoop. This is amazing," Stewart shared.