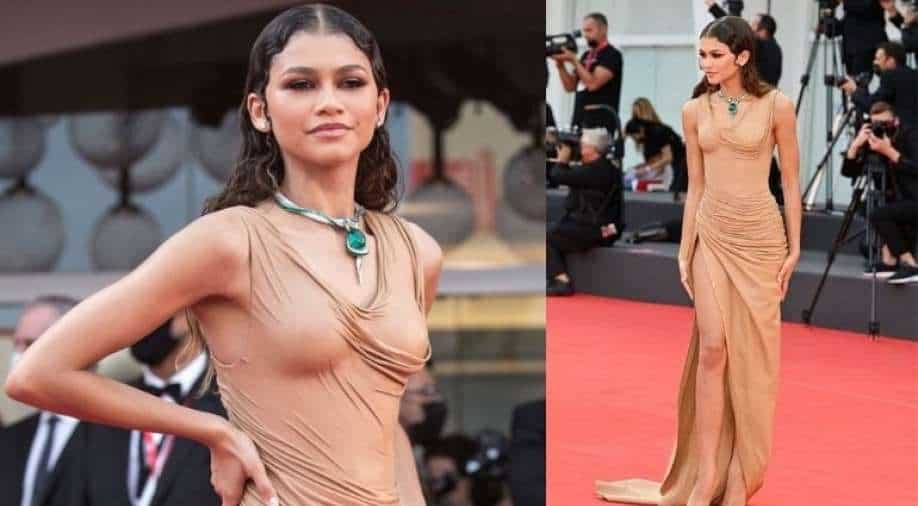 Emmy-winning actor Zendaya has already become one of the most inspirational celebrities with her fearless movie choices and exceptional acting, and now she is going to be honoured by the Council of Fashion Designers of America for her bold red carpet style choices.

According to People magazine, the CFDA announced that Zendaya will be the 2021 recipient of the CFDA Fashion Icon Award, making her the youngest honoree in history when she is presented with the prize at the CFDA Fashion Awards ceremony on November 10.

In pics: Kanye West new name's normal: Jennifer Aniston, Bruno Mars and others have done it, too

Other credits include her being vocal about inclusivity. Her Daya by Zendaya line (launched in 2016) was designed to cross gender lines and came in expanded sizing and accessible pricing, according to People magazine.

Recently, the actor made heads turn by putting her shapeshifting style on display throughout her press tour for 'Dune', where she rocked everything from a metal breastplate to a bubble hem Valentino mini.

In a recent interview with People magazine, Zendaya`s longtime image architect Law Roach told that they have started to experiment with more daring styles for the `Euphoria` star, as she is currently in her mid-20s.

"She's a woman now so we've been doing a little more skin and sexy. We like to create aspirational looks that people will talk about for a while," Roach said. "We have such a relationship that there`s no fear when it comes to fashion. There`s nothing she won`t try. She's fearless, she has this really beautiful talent of going on the carpet and evoking whatever story we created in the background," Roach added while talking to People magazine.