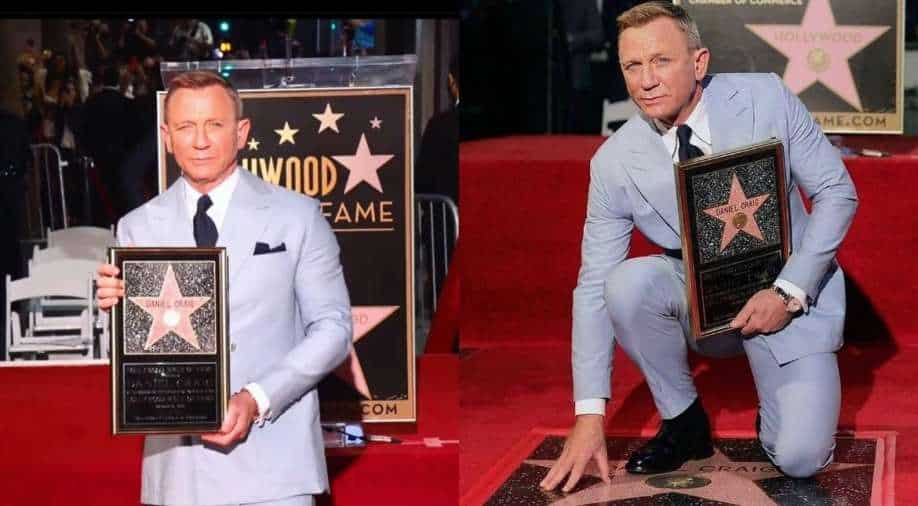 On Wednesday night, Daniel Craig went down the street to unveil his 'award'. He was presented with his plaque, and then posed for shutterbugs waiting to catch a glimpse of the man.

'No Time To Die' actor Daniel Craig's Hollywood Walk of Fame star has been unveiled by the man himself while his last outing as James Bond continues to rule hearts the world over.

On Wednesday night, the actor went down the street to unveil his 'award'. Craig was presented with his plaque and posed for shutterbugs waiting to catch a glmipse of the man.

Daniel Craig's star will be located at 7007 Hollywood Boulevard: a calculated move based on his portrayal of James Bond in the 007 film franchise. His star will be placed near fellow (former) 007 Roger Moore.

'No Time To Die' actor Daniel Craig is officially the fourth Bond actor to receive the Hollywood walk of fame star. David Niven and Pierce Brosnan have been given the honour in the past, along with Moore.

As usual, Daniel Craig made heads turn with his sharp dressing. For the event, he wore a turquoise tailored suit with a white shirt and black tie.

Check out all the pictures here: