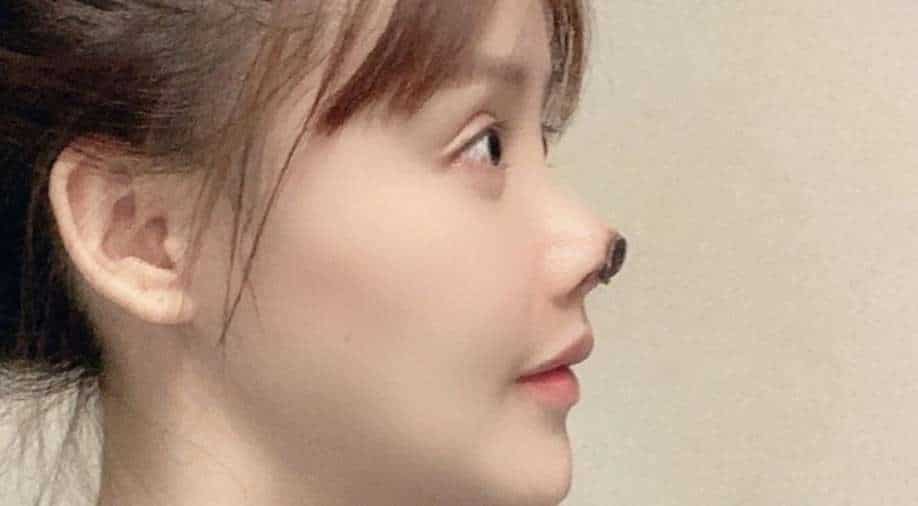 A Chinese actress had a terrible nose surgery and she is now sharing pictures of the faux pas with her fans so as to warn them against any such mishap.

Calling it a “nightmare” nose operation that has left her looking pretty bad, Chinese actress Gao Liu shared candid pictures of her nose post surgery. She shared the images on China’s Twitter-style app Weibo. She wrote, “I had thought that these four hours [of surgery] would make me more beautiful, but I didn’t realise that they would be the beginning of a nightmare.”

The actress is now left feeling “suicidal” and complains of having lost on acting offers because of the surgery.

She had gotten the surgery hoping to further her acting career with improved facial aesthetics. Gao Liu had gone for the surgery hoping to get a “micro-adjustment” to graft cartilage onto the tip of her nose in late October. It then got infected which led her to repeat with follow-up surgeries.

Her social post has sparked sympathy online and the hashtag “why is cosmetic surgery becoming more and more common” is trending.