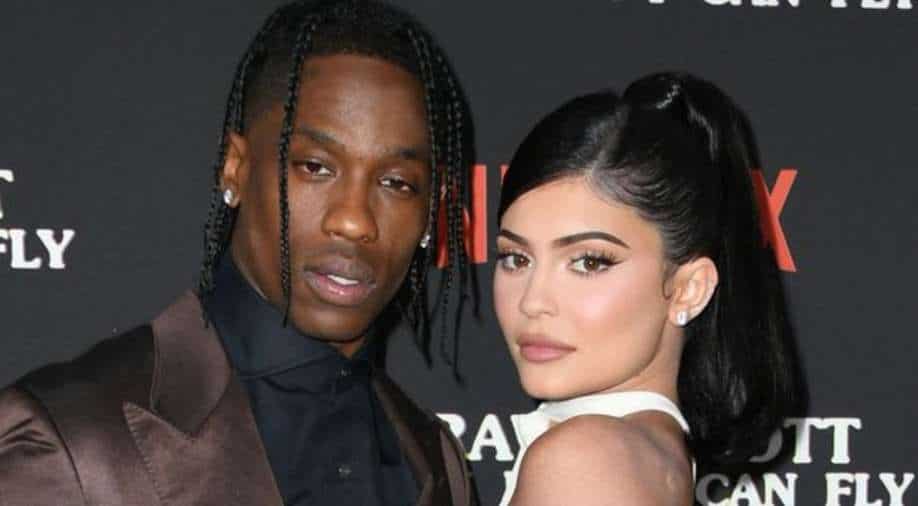 Travis Scottt and partner Kylie Jenner had shot for a cover story with a reputed magazine Photograph:( Instagram )

"In the light of what happened at Astroworld, the interview and cover lines seem inappropriate, to say the least," a source revealed, reportedly.

After high-street brand Nike postponed their collaboration with rapper Travis Scott, a magazine is reportedly trying to pull down its cover story with Scott and his partner, Kylie Jenner, reports claim.

W Magazine had done a cover shoot and big interview with the couple before the tragic Astroworld concert took place. Although the magazine has dropped everything from their online site involving the two, the printed version is yet to be distributed and the magazine are trying to stop the delivery trucks from distribution and hitting store shelves.

“W editors have cleared any planned coverage of Travis and Kylie from their website, but the magazine was already printed, and now they are trying to stop the delivery trucks,” one source told a news website.
"In the light of what happened at Astroworld, the interview and cover lines seem inappropriate, to say the least," added the source.

Scott has faced flak following the Astroworld tragedy—which was attended by Jenner and their 3-year-old daughter, Stormi—and is being heavily criticised for allegedly not stopping the chaos. However, claims of him not stopping his act despite knowing about the growing crowd surge has been denied by his new spokeswoman.

Travis Scott and organisers are facing over 36 lawsuits from victims of the stampede that claimed 10 lives and left ano0ther 300 injured, reports claim.

Scott and Jenner, who is pregnant with their second child, have been living at his Houston home since the tragedy, reports say.

Jenner and Stormi were at the concert along with Jenner's supermodel sister Kendall Jenner.